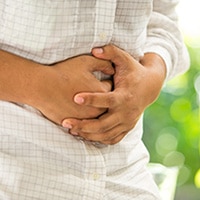 Inflammatory bowel disease (IBD), which includes Crohn’s disease and ulcerative colitis, is marked by chronic, destructive inflammation in the gastrointestinal tract. This can lead to rectal bleeding, diarrhea, nutritional deficiencies, and other serious complications like colorectal cancer. IBD often strikes early in life, with a peak onset in adolescence or young adulthood. Treatment often requires the long-term use of multiple drugs and may require surgery to remove the affected region of the intestine. Over the past several decades, NIDDK-supported research has improved our understanding of IBD and yielded new treatment approaches for patients with this disease.

The Genetics of IBD

IBD and the Microbiome