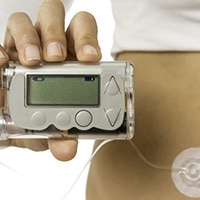 Type 1 diabetes is a disease in which the insulin-producing beta cells of the pancreas are destroyed by the immune system. Without insulin, glucose (sugar) is not transported from the bloodstream into the body’s cells, where it is needed. Thus, people with type 1 diabetes need lifelong insulin administration to regulate their blood glucose levels and to prevent the complications of the disease—e.g. blindness, kidney disease, heart disease, nerve disease. NIDDK-supported research has led to critical knowledge that has improved the health and quality of life of people with the disease.