Our goal is to understand, at a molecular level, how DNA repair functions to protect the genome from a variety of toxic insults.  We also want to understand the consequences for organisms when repair pathways are knocked out or function inappropriately.

All organisms have evolved DNA repair pathways and DNA damage response mechanisms to protect the integrity of the genome. DNA mismatch repair (MMR) is a highly conserved DNA excision repair pathway that contributes about 100-to 1000-fold to the overall fidelity of DNA replication and targets base-base mismatches (e.g., G:T mispairs and insertion/deletion loops). These mismatches arise as a result of replication errors particularly common in regions of mono- and dinucleotide repeats, the formation of heteroduplex DNA during homologous recombination, and replication opposite certain types of DNA damage. Loss of MMR predisposes individuals to colorectal and other cancers and gives rise to a mutator phenotype in which the rate of spontaneous mutation jumps many fold. MMR is also involved in alkylation repair and oxidative DNA damage, the establishment of tolerance to DNA damaging drugs, and the induction of cell cycle checkpoints and apoptosis in response to DNA damage. In a process that is poorly understood, the signaling kinase ATR mediates cell killing in response to O6-meG, but only in the presence of the MMR proteins MutSα and MutLα. Thus, inactivation of MMR renders tumor cells resistant to killing by alkylating drugs, a class of chemotherapeutic agents widely used in cancer treatment. We study the molecular mechanisms underlying the repair process and the role of MMR proteins in the DNA damage response using biochemical, structural, and cell biological approaches.

The loss of mismatch repair is the leading cause of a genetic predisposition to colorectal cancer, and the loss of other repair pathways and key components of DNA damage signaling pathways are also associated with cancer. Understanding at a basic level how genome instability contributes to cancer and how repair and signaling pathways blunt this risk is critical to the eventual development of new therapeutic approaches.

All organisms have genomes. Each genome contains all of the critical biological information about that organism. A variety of agents that kill cells can damage genomes. Normal biological processes such as DNA replication can also damage the genome. Such damage causes genome instability—a major contributor to the development of cancer.

Evolution generated a variety of DNA repair pathways in a wide range of organisms, from bacteria to humans. These correct or remove DNA damage. They safeguard the integrity of the genome. Our group focuses on one such repair pathway known as DNA mismatch repair (MMR). MMR corrects improperly paired or unpaired DNA bases. It also is a critical component of the DNA damage response. The loss of MMR is the leading cause of a genetic predisposition to colorectal cancer. We study how repair and signaling pathways blunt cancer risk. MMR is involved in a variety of cellular responses to counter DNA damage. MMR directly repairs base mismatches and establishes tolerance to certain DNA damaging drugs. MMR also triggers pathways for programmed cell death. Our research contributes to knowledge about cancer development, and our studies of fundamental cellular DNA repair processes may aid in the eventual development of new treatments. 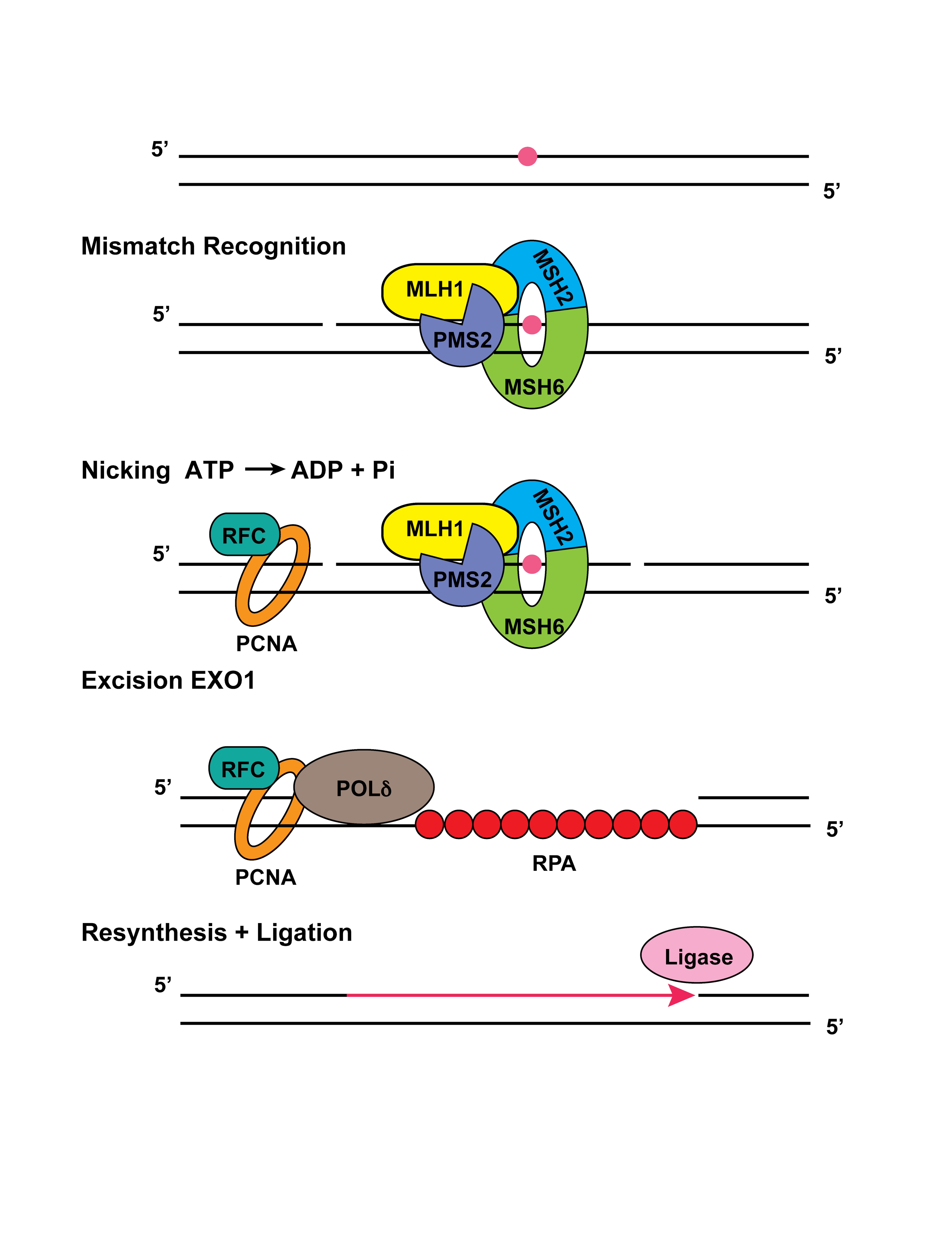 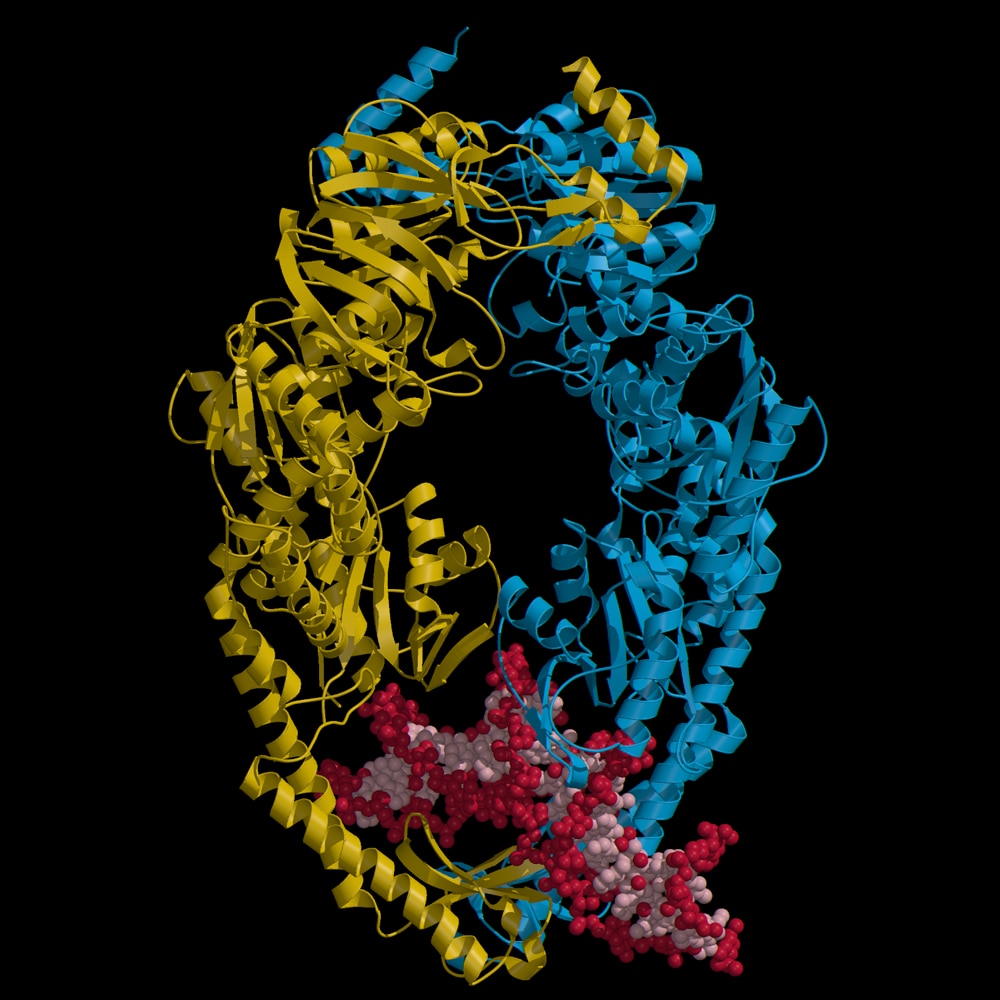 A MutS-Mismatched DNA Complex
Structural model based on x-ray crystallography of MutS mismatch repair protein (blue and yellow) bound to its target, and a mismatched DNA (pink and red).