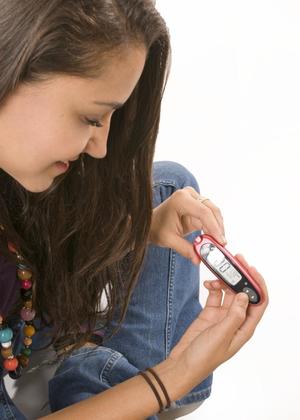 Although a recent study did not identify a means to partially reverse pediatric type 2 diabetes (T2D) and restore health, new results show that the interventions tested were helping to keep the disease from getting worse. Research in adults with recent onset T2D has shown that in some cases, early, aggressive treatment can partially restore the capacity of the pancreas to secrete insulin to control blood glucose levels. Because T2D tends to progress more rapidly when it occurs in young people, the Restoring Insulin Secretion (RISE) Pediatric Medication Study sought to determine whether early treatment could similarly improve natural blood glucose control in youth aged 10 to 19 years who either recently developed T2D or who had elevated glucose levels close to that of diabetes. The original study tested whether treating youth with a long-acting form of insulin for 3 months followed by use of the oral diabetes medication metformin for 9 months was more effective than simply using metformin for 12 months. Unfortunately, neither treatment approach succeeded in improving natural insulin secretion by the pancreas for blood glucose control: on average, the participants’ blood glucose levels neither improved nor declined significantly during treatment. In follow-up, the researchers sought to determine whether the year of treatment was sufficient to stabilize blood glucose levels, or whether longer-term medication may be needed. Thus, they continued measuring blood glucose levels for 9 months after the conclusion of the treatment phase. They found that T2D progressed significantly more rapidly once the study participants stopped taking medication. These results suggest that it is valuable for young people with T2D to use insulin or metformin to control their blood glucose levels until better, more durable means of treating pediatric diabetes are identified.