DNA is the blueprint for life, but proteins are the macromolecules that make life happen. One of the grand challenges for the 21st century is to develop a molecular-level understanding of protein function. This knowledge will help us better understand how protein dysfunction can lead to disease, and can provide a framework for molecular-based treatment of these diseases.

To that end, we are investigating the relationships between protein structure, dynamics, and function using ultrafast time-resolved laser spectroscopy and x-ray diffraction. These experimental techniques employ a laser "pump" pulse as short as ~50×10-15 seconds (50 femtoseconds) to trigger a photophysical or photochemical reaction and a variably delayed "probe" pulse that measures the spectral or structural evolution of the protein. This pump-probe technique provides the means to acquire "snapshots" of a protein as it executes its targeted function. By monitoring changes that occur over time, from femtoseconds to seconds, we can literally watch a protein as it functions, and can build a foundation for understanding how proteins execute their targeted function with high efficiency and selectivity.

We use ultrafast time-resolved laser spectroscopy and x-ray diffraction to study proteins as they perform their targeted function. These experimental techniques employ the pump-probe method in which a laser pump pulse triggers a structural change in a protein, and a suitably delayed probe pulse records the protein’s absorption spectrum (spectroscopy), or its structure (x-ray diffraction). By changing the time delay between the pump and probe pulses, we can track time-dependent changes in the protein structure and examine how those changes influence its function.

Our time-resolved Laue crystallography studies allow us to recover near-atomic resolution protein structures on ultrafast time scales. However, the crystal packing forces limit the range of motion accessible to the protein, and can inhibit or even prevent the structural changes needed to fully execute its targeted function. To examine protein structural dynamics in solution, where the full range of protein conformational motion is realized, we have developed the infrastructure needed to acquire picosecond time-resolved Small- and Wide-angle X-ray Scattering (SAXS/WAXS) data. Though the structural information available from these data is at low resolution, it complements our time-resolved crystallographic studies, and provides a more complete picture into the mechanism of protein function. These efforts resulted in the first ~100 ps time-resolved Small- and Wide-Angle X-ray Scattering (SAXS/WAXS) study of a protein in 2010, and the first ~150 ps time-resolved Laue diffraction study of a signaling protein in 2012, both of which were published in the Proceedings of the National Academy of Science, USA.

We continue to develop new and improved methods for acquiring time-resolved X-ray diffraction data from a variety of biomolecules, including RNA. By watching biomolecules as they functions in real time, we aim to generate a detailed understanding into how they function, and thereby unveil the biophysical equivalent of pistons, levers, wheels, and gears in Nature’s remarkable nanoscale molecular machines. This knowledge will help us better understand the conditions under which a biomolecules might suffer dysfunction, and provide a molecular basis for treating disease.

Since many diseases arise from dysfunctional protein activity, a detailed understanding into how proteins function will help medical science develop effective, molecular-based therapies tailored to the individual. When this capability becomes mainstream, the promise of personalized medicine can be fully realized.

The methods developed to investigate biomolecules with fast time resolution are still in their infancy, and more work is needed to make the methods easier to use and applicable to more biomolecules. Moreover, more theoretical work is needed to help interpret results from these experimental studies. A combination of experimental and theoretical time-resolved studies of an expanded set of proteins are therefore needed to more fully survey the molecular toolbox exploited by proteins as they execute their targeted function.

It has been said that “a picture is worth a thousand words.” Our lab has developed experimental methods that make it possible to take near-atomic resolution snapshots of a protein’s structure with an exposure time as short as 0.1 billionth of a second. Why so fast? Because the functional protein motions we seek to characterize can occur on ultrafast time scales, they will be smeared out if our exposure time is too long. By stitching together individual snapshots into movies, we can literally watch a protein as it functions. These movies will help us better understand the conditions under which a protein might suffer dysfunction, and will hopefully provide a molecular basis for treating disease. 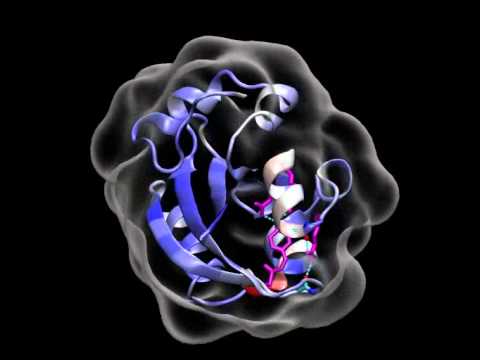 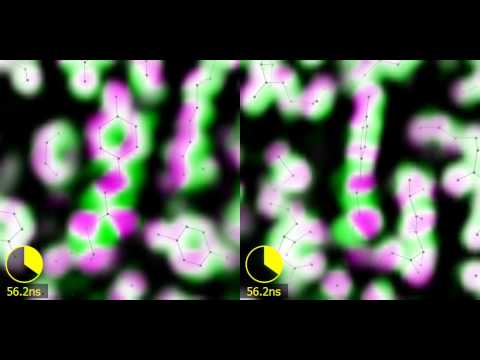 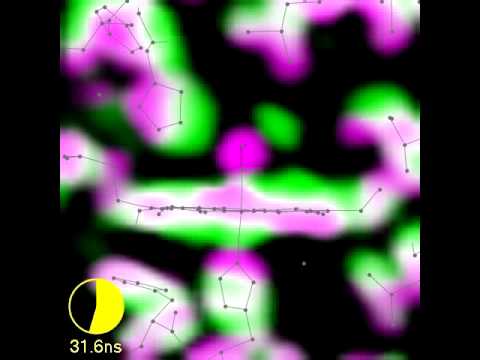