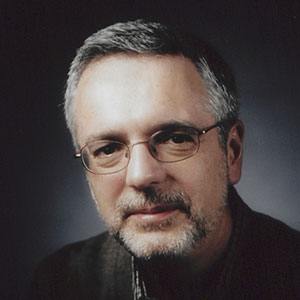 The ultimate goal of our research is to improve the health of individuals with inherited and congenital conditions and diseases.

My laboratory is interested in the biochemistry and molecular biology of homologous recombination in prokaryotes and eukaryotes. The focus had been on the first homology-dependent step in homologous recombination, the homologous pairing of DNAs. We have been studying the underlying biochemical mechanism to understand the biology of genetic recombination and to devise new strategies to manipulate complex genomes in vitro and, in the future, in vivo, and the DNA-protein complexes involved. In addition, we have been studying the biochemistry and molecular biology of mouse meiosis and evolutionary genomics. Most recently, we have been investigating novel approaches to map recombination hotspots in a variety of mammals including humans.

My laboratory is interested in the processes that help a cell repair a damaged section on one of two identical strands of DNA. This process, called homologous recombination, involves first identifying and then copying the missing section on the damaged strand’s undamaged twin. The focus of much of my lab’s research has been on the many biological mechanisms involved in locating identical DNA strands, called homologous pairs, and building and inserting the accurate replacement strand.

Our research into this complex process makes it possible to better understand the basic biology of DNA sequences as well as the steps involved in homologous recombination and other genetic processes. This information will allow researchers to develop and test new approaches to gene therapy as a way to treat disease.

In addition, our studies on how chromosomes come together in generating sperm and oocytes will help us understand how chromosome abnormalities, such as those responsible for Down syndrome, come about and what might be possible to prevent them.