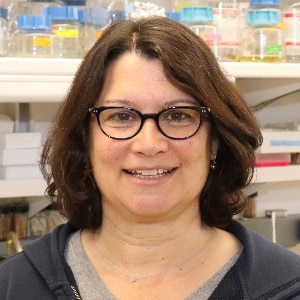 The ultimate goal of our research is to understand basic processes that contribute to nuclear morphology and to elucidate the relationship between nuclear structure and nuclear function.

The main research focus of my lab is the relationship between nuclear structure and nuclear function. Altered nuclear shape is observed in certain types of disease, such as cancer, and during aging. However, the relationship between changes to nuclear morphology and either disease state or aging is unknown. Moreover, in many cell types, there is a constant ratio between nuclear volume and cell volume. How this ratio is established and what is its importance to normal cell function are unknown. Finally, there are many basic questions related to nuclear structure and function that remain to be answered. For example, how does the nuclear envelope form at the end of mitosis? What dictates the formation of a single nucleus that encompasses all chromosomes rather than multiple nuclei that contain a subset of chromosomes? How does the nuclear envelope expand? Since the nuclear envelope is continuous with the endoplasmic reticulum (ER), what role does the ER play in nuclear morphology? How does the nuclear envelope contribute to the intra-nuclear organization of chromosome domains and how does nuclear morphology affect processes such as DNA replication, transcription, splicing, and repair of DNA damage? Given the link between pathology and nuclear morphology, we expect that gaining insight into the proteins and processes that affect nuclear shape will lead to a better understanding of disease progression, diagnostics, prevention, and treatment.

We also conducted a systematic RNA interference screen in C. elegans to identify additional genes and pathways that contribute to nuclear shape and function. We currently have a large number of genes that, when down-regulated, affect nuclear structure and these fall into various functional categories—some of which are quite surprising, such as RNA processing, ribosome biogenesis, and protein transport. We are currently investigating the mechanisms by which these genes affect nuclear organization and nuclear function.

One group of C. elegans genes that is of particular interest to us includes genes that when down regulated prevent the mixing of parental genomes after fertilization. We showed that polo-like kinase PLK-1 is necessary for breaching the nuclear envelopes of the maternal and paternal pronuclei after pronuclear meeting in order to allow the two parental genomes to mix. Interestingly, the mechanism by which parental genomes mix, and specifically how the pronuclear membranes are breached, is not known in any system. We discovered that in C. elegans, this process entails the formation of membrane junctions that link the two pronuclei, including a new type of junction we termed 3-way sheet junctions. The mechanism by which these junction form is under investigation.

Alteration in nuclear shape and size is associated with cancer and aging. While we don’t know how nuclear shape is linked to disease, it is likely that changes in nuclear morphology contribute to disease progression. Therefore, if we understand the underlying mechanisms that lead to altered nuclear morphology and how they change cell behavior (for example, contribute to the ability of cancer cells to divide uncontrollably), then it may be possible to design new therapeutic and preventative strategies to combat disease.

This field is still in its infancy. Almost every area related to nuclear morphology needs further study.

The main research focus of my lab is the relationship between nuclear structure and nuclear function. Altered nuclear shape is observed in certain types of diseases, such as cancer and during aging. However, the relationship between changes to nuclear morphology and either disease state or aging is unknown. We use budding yeast and C. elegans, two very powerful genetic systems, to identify genes that, when mutated, lead to abnormal nuclear shape. We are currently studying two main aspects of nuclear morphology: (1) what determines nuclear size and (2) how is the nuclear envelope remodeled to allow mixing of the maternal and paternal genomes after fertilization. 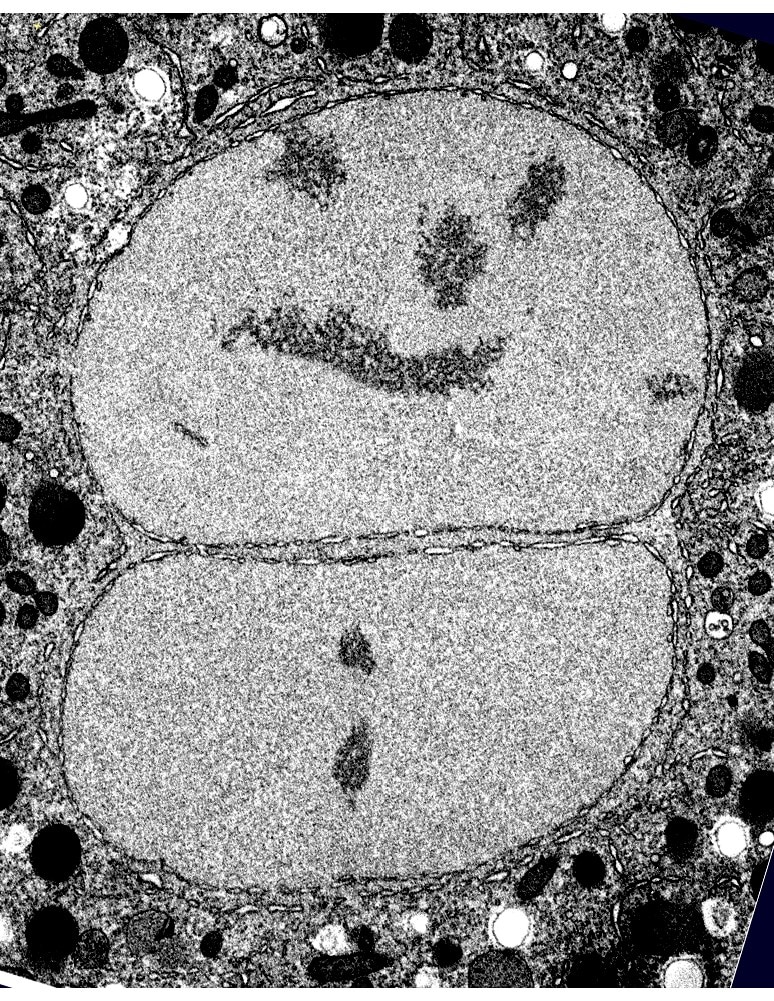