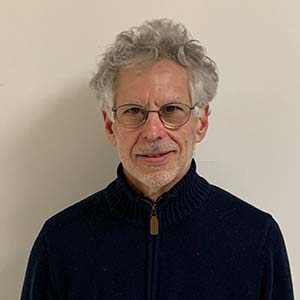 Open studies conducted by NIDDK Principal Investigators appear below. Study statuses may include the following:

Diabetes type two is a debilitating disease that leads to chronic morbidity such as accelerated microvascular disease. Accelerated microvascular disease may produce blindness, end stage renal disease, myocardial infarction, stroke, and limb ischemia. Strategies to prevent or delay microvascular disease have the potential to improve the lives of millions and prevent catastrophic illness. The major focus of prevention of microvascular disease in diabetes has been on the endothelium and its role in protection of blood vessels. An unexpected means to prevent microvascular disease in diabetes may be coupled to the function of vitamin C in red blood cells (RBCs) of diabetic subjects. Based on new and emerging data, vitamin C concentrations in RBCs may be inversely related to glucose concentrations found in diabetes. Based on animal data, we hypothesize that RBCs with low vitamin C levels may have decreased deformability, leading to slower flow in capillaries and microvascular hypoxia, the hallmark of diabetic microangiopathy. Low vitamin C concentrations in RBCs of diabetic subjects may be able to be increased, by using vitamin C supplements. Findings in animals may not accurately reflect effects in humans because of species differences in mechanisms of vitamin C entry into RBCs. Therefore, clinical research is essential to characterize vitamin C physiology in RBCs of diabetic subjects. In this protocol we will investigate physiology of vitamin C in RBCs of diabetic subjects as a function of glycemia, without vitamin C supplementation (arm 1) and with vitamin C supplementation (arm 2). We will screen type II diabetic subjects on insulin and/or oral hypoglycemic medication(s) and select those with hemoglobin A1C concentrations of less than or equal to 12%. Selected subjects may be hospitalized twice, each time for approximately one week. The primary objective of the first hospitalization (arm 1) will be to evaluate the effect of hyperglycemia on vitamin C RBC physiology regardless of baseline vitamin C concentrations (without any vitamin C supplementation). The second hospitalization (arm 2) investigates the effect (if any) of vitamin C supplementation to changes in RBC physiology during euglycemic and hyperglycemic states. As inpatients, subjects will have two venous sampling periods each of approximately 24 hours. On admission, subjects may be fitted with continuous glucose monitors (CGMs), oral hypoglycemic agents will be discontinued, and basal-bolus insulin regimen initiated. Insulin doses will be clinically determined and titrated to achieve euglycemia (fasting and pre-meal glucoses <140mg/dl) prior to the first sampling period (euglycemic sampling). The first sampling period will be performed under conditions of euglycemic control for 24 hours. The second sampling period will be performed under controlled hyperglycemia induced by withholding basal and bolus insulin and providing a high carbohydrate load diet (70-75% carbohydrate). Correction-scale insulin will be provided for glucoses >350-400mg/dl. Hyperglycemia will not exceed 9 hours, and will be reversed by reinstituting insulin. During the two sampling periods, samples will be withdrawn via venous catheter for RBC deformability, vitamin C concentrations and other related research studies. Following completion of arm 1, subjects considered for participation in arm 2 will be provided a prescription for vitamin C 500mg twice daily. Given that vitamin C and vitamin E are related antioxidants, and that both vitamins appear to be associated with RBC rigidity, diabetic subjects may also be given a prescription for 400 international units (IU) of vitamin E (RRR alpha tocopherol) daily. Subjects will continue vitamin C and E supplementation for a minimum of 8 weeks depending on RBC vitamin C concentrations. To evaluate any effect of vitamin E supplementation, plasma and RBC vitamin E levels may be measured concurrently with vitamin C levels during various phases of arms 1 and 2. All subjects will be seen as outpatients at biweekly or monthly intervals with regular measurement of plasma and RBC vitamin C concentrations. Target RBC vitamin C concentration >30uM is required prior to arm 2 inpatient sampling studies. Vitamins C and E supplementation will be discontinued upon inpatient admission for arm 2. Risk of both vitamin supplements are minimal as both supplementation doses are safe. Outcomes are to measure RBC rigidity and vitamin concentrations before and after supplementation. After a minimum of 8 weeks (depending on RBC vitamin C levels), subjects will be hospitalized again, and sampling repeated as described. In this manner, each subject serves as his/her own control, and deformability of red blood cells can be determined in relation to glycemia and to vitamin C concentrations in RBCs and plasma. Subjects will be required to consume standardized meals during inpatient stays. All meals will be prepared by the NIH Clinical C...