The ultimate goal of our research is to understand how cells use various protein quality control (PQC) strategies to maintain protein homeostasis, and how defects in these processes lead to aging-associated neurodegenerative diseases such as Alzheimer’s disease and Parkinson’s disease. Specifically, we study the molecular mechanisms underlying protein translocation-associated quality control at the endoplasmic reticulum (ER), the export of misfolded proteins via unconventional protein secretion, and cell-to-cell transmission of misfolded alpha-Synuclein and Tau aggregates.

Many neurodegenerative disease-associated proteins are known to accumulate in the extracellular space in human brains. What causes the release of these neurotoxic proteins from neurons or other cell types of the brain is unknown, neither are the underlying molecular mechanisms. However, what has been clear is that these proteins need to be exported via an unconventional protein secretion (UPS) mechanism because they do not possess a leader sequence for endoplasmic reticulum (ER)-mediated secretion . My laboratory recently uncovered an UPS pathway termed misfolding-associated protein secretion (MAPS), which uses molecular chaperones such as USP19 and DNAJC5 to recruit misfolded proteins to perinuclear vesicles before releasing them into the extracellular space. In MAPS, cargos need to be translocated from the cytoplasm into the lumen of these vesicles. A major ongoing effort is to elucidate the mechanism by which misfolded proteins are moved across the vesicle membranes.

Another area of research is to determine the link between MAPS and neurodegeneration. We are currently studying the fate of neurotoxic proteins released by the MAPS pathway, the interaction of secreted proteins with target cells (e.g. astrocytes and microglial cells), and the functional consequence associated with deregulation of the MAPS pathway with emphasis on the role of DNAJC5 in the pathogenesis of neuronal ceroid lipofuscinosis (NCL).  We apply a variety of modern cell biology and molecular genetic tools to cultured cells, primary neurons, and Drosophila models to address these questions.

Many neurotoxic proteins released into the cell exterior can undergo cell-to-cell transmission. These proteins are usually aggregation-prone. Therefore, their transfer from cell to cell is thought to facilitate the seeding and spreading of protein aggregates, which may contribute to neurodegeneration in diseases such as Alzheimer’s disease and Parkinson’s disease.

The process of intercellular transmission of misfolded proteins is comprised of two steps: the release of misfolded proteins from a donor cell and the uptake by a recipient neuron. My laboratory studies the mechanism by which misfolded protein aggregates such as alpha-Synuclein fibrils enter human cells, and how they eventually reach the cytoplasm where they could serve as seeds to amplify protein misfolding signal.

3. Mechanism of translocation-associated protein quality control at the ER

As a major PQC system in eukaryotic cells, the ubiquitin proteasome pathway degrades misfolded proteins as soon as they are generated. By doing so, cells can minimize the risk of protein aggregation. Protein misfolding can occur at every step during  biogenesis, starting from the translation at the ribosome. Protein synthesis in eukaryotic cells is monitored by a PQC pathway that eliminates partially translated nascent chains due to ribosome stalling or prolonged translation pausing. Recent studies have revealed many mechanistic details on this ribosome-associated quality control pathway, particularly for ribosomes translating cytosolic proteins. However, little is known about how cells deal with stalled ribosomes that synthesize ER-targeted proteins, which constitute approximately one-third of the total human proteome. When the translation of ER-bound proteins is halted, the partially translated polypeptides will clog the Sec61 translocon, causing greater harms to cells than cytosol-localized translation stalling events. We are currently using a combination of biochemical and genetic tools to dissect the molecular mechanisms of translocation-associated PQC. Specifically, we focus on the role of a small ubiquitin-like modifier named UFM1 in this process.

Intercellular transfer of misfolded proteins such as alpha-Synuclein and Tau contributes to the pathogenesis of many neurodegenerative diseases including Parkinson’s disease and Alzheimer’s disease, but the molecular mechanisms underlying this prion-like protein transmission behavior is unclear. Defects in translocation-associated protein quality control have been linked to anemia and abnormal neuronal development, but little is known about how cells remove proteins clogged in the Sec61 translocon. We envision that a thorough characterization of these PQC systems may one day improve both the diagnosis and treatment of aging-associated neurodegenerative diseases.

In addition to elucidating the cellular mechanisms that govern protein homeostasis, we also need to carry out more animal-based studies to better evaluate the physiological roles of these PQC systems in vivo. We will also develop in vitro assays for small molecule inhibitor screens, so we can have better tools to fine-tune these biological processes.

Protein misfolding in cells creates a stress condition that leads to many human diseases. Misfolding-associated protein toxicity could be due to either loss of a protein function due to protein aggregation or gain of a toxic function when aggregated proteins recruit and inactivate other essential cellular factors. Protein aggregation has been linked to neurodegenerative diseases such as Alzheimer’s disease and Parkinson’s disease. Currently, there is no effective treatment for these diseases, not to mention a cure, highlighting the necessity to better understand how cells cope with protein misfolding-associated stress.

Our research group has made substantial progress toward the understanding of several PQC pathways. Our long-term goal is to develop small molecules or macromolecules to reduce the production of misfolded proteins in the cell, which may benefit patients suffering from protein misfolding-associated diseases. 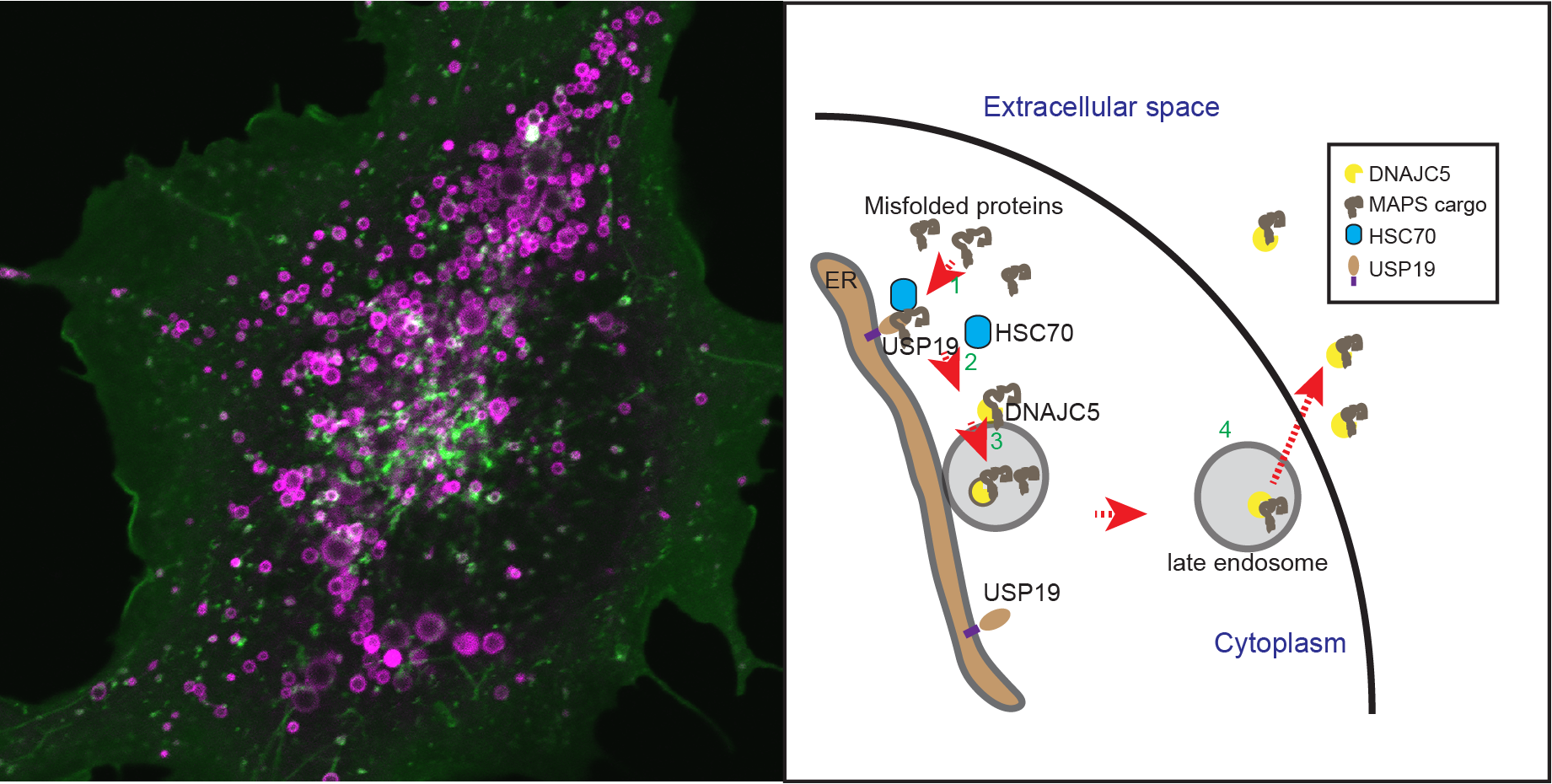 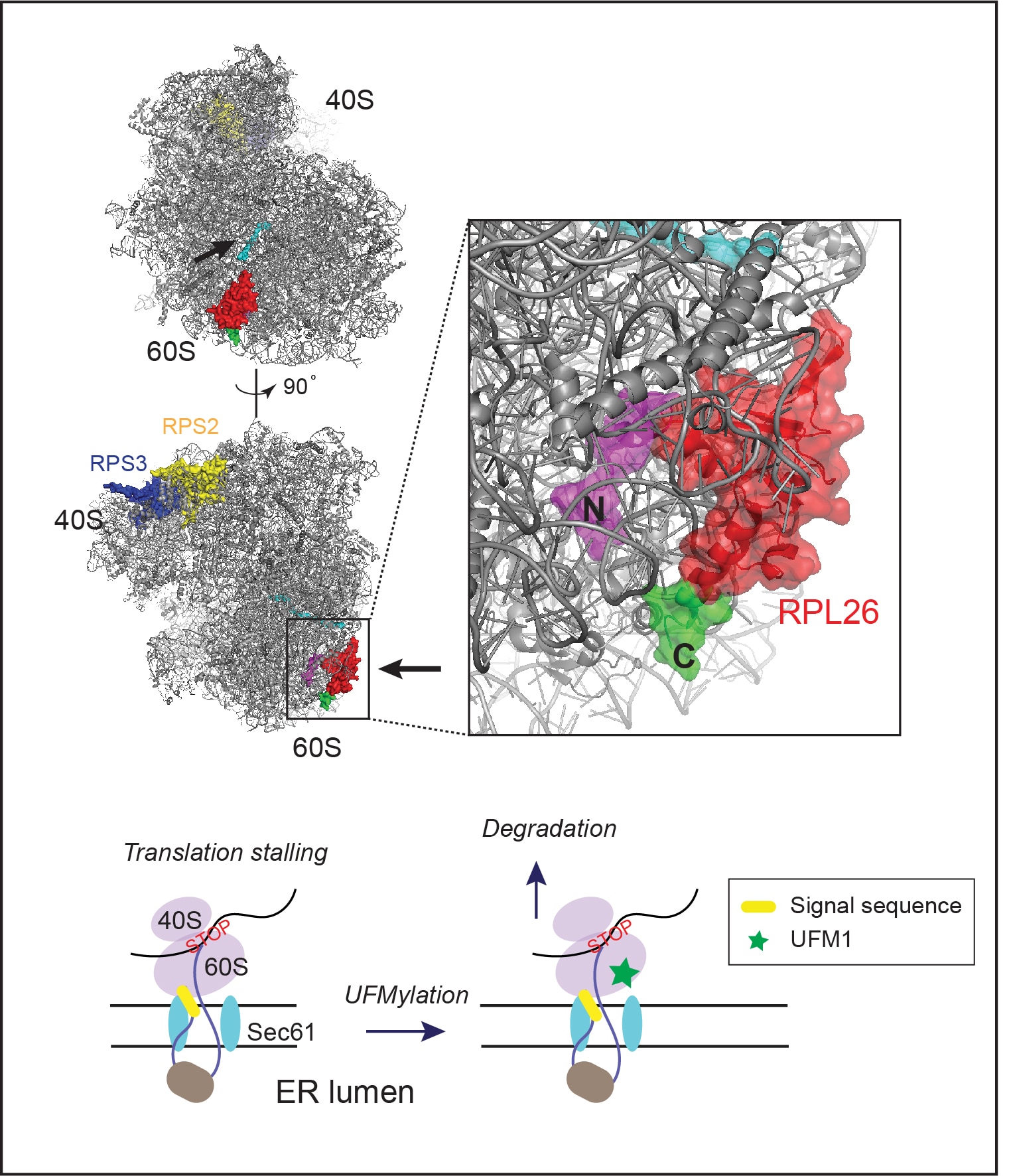