Gastroesophageal reflux (GER) happens when your stomach contents come back up into your esophagus. Many people have GER once in a while, and GER often happens without causing symptoms. In some cases, GER may cause heartburn, also called acid indigestion. 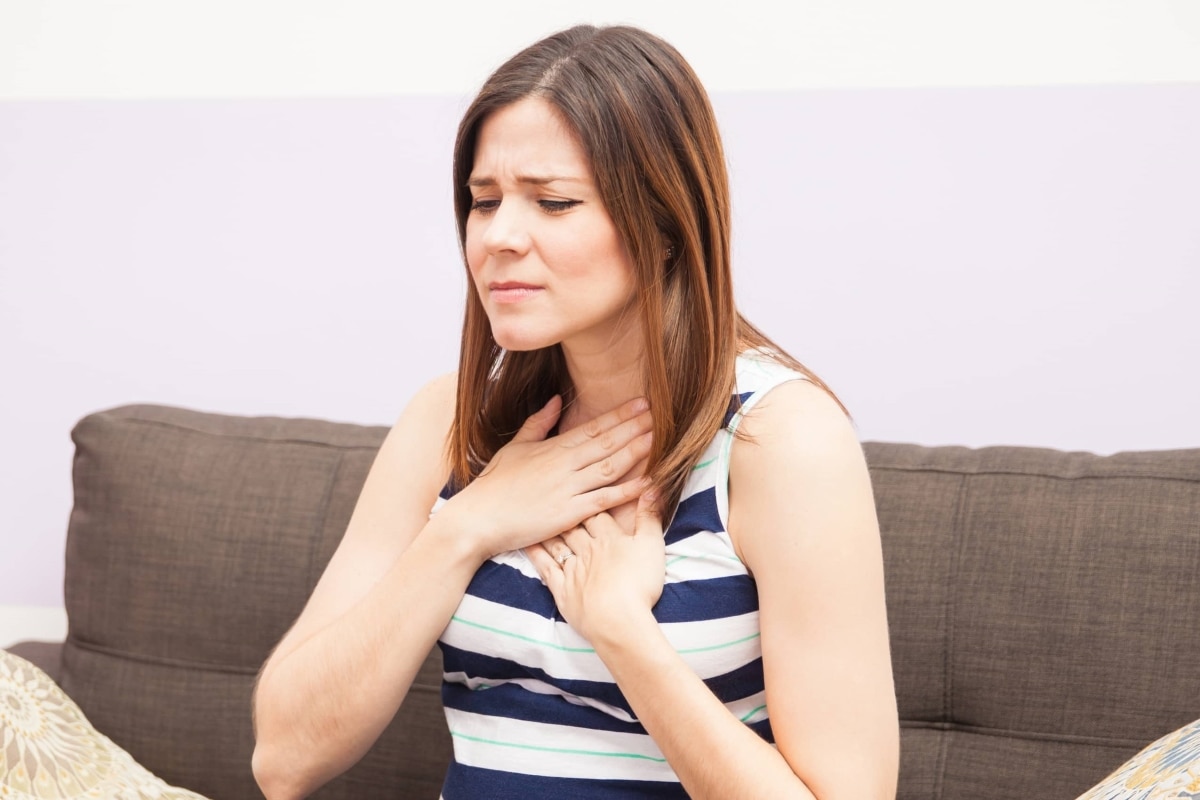 Gastroesophageal reflux (GER) may cause heartburn.

How common is GER?

Gastroesophageal reflux disease (GERD) is a more severe and long-lasting condition in which GER causes repeated symptoms that are bothersome or leads to complications over time.

If you think you may have GERD, you should see your doctor.

How common is GERD?

Researchers estimate that about 20 percent of people in the United States have GERD.1

Who is more likely to have GERD?

Anyone can develop GERD. You are more likely to have GERD if you

What are the complications of GERD?

Without treatment, GERD can sometimes cause serious complications over time, such as esophagitis, esophageal stricture, and Barrett’s esophagus, as well as complications outside the esophagus.

GERD can sometimes lead to Barrett’s esophagus, a condition in which tissue that is similar to the lining of your intestine replaces the tissue lining your esophagus. A small number of people with Barrett’s esophagus develop a type of cancer called esophageal adenocarcinoma.

Some people with GERD develop complications outside the esophagus, in the mouth, throat, or lungs. These complications may include