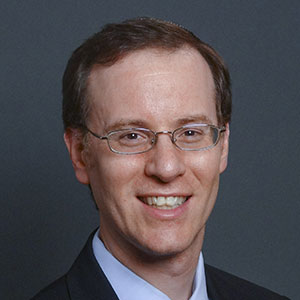 Brown adipose tissue (BAT) is an organ recently discovered to be functional in adult humans. In mammals, cold-activated BAT contributes to the heat generated during standard physiological non-shivering thermogenesis and may also play a role in protection from weight gain, insulin resistance, and atherosclerosis. At the cellular level, brown adipocytes regulate energy expenditure through their numerous mitochondria. In the inner mitochondrial membrane is the BAT-specific uncoupling protein 1 (UCP1), which when activated dissipates the intermembrane proton-motive force and generates heat instead of ATP. Beyond the known functional roles of BAT, emerging evidence indicates that BAT releases factors known as “BATokines” that act in autocrine, paracrine, and endocrine modes to increase consumption of glucose and fatty acids.

Until recently, BAT was thought to be nonexistent and metabolically irrelevant in adult humans, in part because there were no methods to localize and quantify BAT mass and measure its activity. Using a combination of molecular techniques and whole-body imaging, we have shown that BAT is present in women and men in defined anatomical depots and has an activity that correlates inversely with age and obesity, suggesting several physiological roles for BAT in adult human metabolism.

In parallel with these advances, our lab group is developing a pharmacological approach to treat obesity-related metabolic disease through the activation of the β3-adrenergic receptor (AR). The human β3-AR has a distinct tissue expression in humans, with particularly high amounts in the BAT, WAT, and the hepatobiliary system. Over the last decade, we pioneered the use of the β3-AR agonist mirabegron (Myrbetriq®) in the setting of metabolic research. We recently showed in a clinical trial that chronic mirabegron treatment increased BAT metabolic activity, resting energy expenditure, and led to higher plasma levels of several typically beneficial metabolites, including high-density lipoprotein (HDL), total bile acids, and the adipokine adiponectin. Moreover, mirabegron increased insulin sensitivity, glucose effectiveness, and insulin secretion. These discoveries have opened up several new areas of research as we determine the mechanisms underlying mirabegron’s effects and the physiological roles of human BAT. Current translational research projects in the lab focus on human BAT and WAT structure and function, β3-AR agonist physiology, and metabolic imaging in collaboration with multiple groups within the Intramural Research Program, Harvard Medical School, and other academic medical centers throughout the world.

Obesity develops when energy intake exceeds energy expenditure. This disruption of energy balance develops from a combination of increased drive to take in food and a decrease in energy expenditure. In the classical view, adipose tissue itself was considered as a passive recipient, acting as a storage depot for the excess calories, rather than an active component of disease.

Over the past two decades, this view of obesity has changed dramatically with the recognition that adipose tissue is a metabolically and hormonally active tissue, releasing free fatty acids and producing a number of hormones or adipokines acting on other tissues, including the brain, liver, and muscle to play an important role in control of food intake, energy balance, and insulin sensitivity.

Moreover, adipose tissue itself is heterogeneous at multiple levels.; Increased intra-abdominal fat is associated with a high risk of metabolic disease, whereas increased subcutaneous fat in the thighs and hips exerts little or no risk of metabolic disease. Recent evidence suggests that this difference in disease risk is, at least in part, due to intrinsic differences in adipocytes in the different depots, which may be developmental in origin. In addition, it is known that not all fat is involved in energy storage. Rather, there are at least two clearly distinguishable forms of fat: white adipose tissue (WAT), which stores energy, and brown adipose tissue (BAT), which burns energy for thermogenesis.

The most recent strategic plan of the NIDDK states that we must “Determine whether human brown fat plays a major role in energy balance and explore pharmacologic or environmental (temperature) approaches to manipulate brown fat activity to uncouple excess nutrient intake from energy storage in white fat tissue.” It is our hope that our research efforts will contribute specifically toward achieving this goal.

BAT and the organs it communicates with may contribute to three different facets of human physiology - energy balance, fuel utilization, and the regulation of metabolism. Answering the following questions is the ultimate goal of our research:

Brown adipose tissue (BAT), also known as brown fat, was recently discovered to be an organ in the body that generates heat and may help regulate weight. While we are excited about the ways that activated brown fat can be used to various diseases, there are still many key features that we don't yet understand. My group uses a combination of clinical trials and basic laboratory work to help understand how brown fat works at the levels of the cells and then to translate the information into practical ways to treat people with obesity, diabetes, and other chronic illnesses.