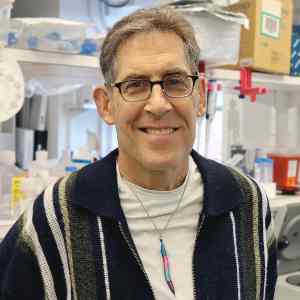 The goal is to identify regulators and interactors of conserved genes that, when mutated, can cause human disease.

There are approximately 7,000 rare (or orphan) diseases known in humans, ~80% of which are monogenic. This number is growing weekly. By definition, a rare disease affects fewer than 200,000 people in the United States (~1:1500). However, given the number of rare diseases that exist, about 10 percent of the population has a rare disease. Treatments for less than a 1,000 of these diseases currently exist.

We are using C. elegans as a tool to determine the genetic interactions of a given rare human disease gene ortholog. The factors identified in our genetic screens could then be examined in other model systems and human cells to determine whether such factors might be useful therapeutic targets.

For human autosomal recessive monogenic diseases in which the responsible gene is known, we are using C. elegans to study the function of that gene and to genetically identify other factors that act in the same pathway. There are a number of criteria that we require in order for this strategy to work. First, there would have to be a convincing and clear C. elegans ortholog. Second, using standard CRISPR/Cas9 genome-editing tools, we are generating total gene deletions (to examine the null phenotype) and missense alleles that mimic human patient alleles. Third, there would have to be a scorable phenotype. The more penetrant the phenotype, the better. If these criteria are met, genetic suppressor and enhancer screens could be performed to identify interacting factors that function with that given gene and the biological process in which it functions. We can also try drug screening to find drugs that reverse or suppress the mutant phenotype.

For diseases caused by dominant mutations, our strategy would be different. We could attempt to express a dominant variant of the C. elegans ortholog. If there is a penetrant phenotype, we can characterize it and use genetic suppressor and enhancer screens to identify other factors that act in the same pathway. Likewise, we could even express the human gene in C. elegans, characterize its phenotypes, and subject such transgenic animals to genetic and/or drug screens. Many of the diseases we are investigating do appear to be dominant in patients. Whether they behave dominantly in C. elegans  is under investigation.

Ideally, once the mutant phenotypes are well-described, we can carry out genetic suppressor screens. Once suppressor mutants are identified and confirmed, their phenotypes will then be determined in an otherwise wild-type background, one devoid of the original disease mutation. These suppressor mutations may reveal phenotypes on their own or may appear wild-type. Such “silent” suppressors have been identified in genetic screens in many model organisms. Silent suppressors are mutations that, in an otherwise wild-type background, have no overt phenotype and are thus indistinguishable from wild type. For example, some of the genes that suppress vulval phenotypes in C. elegans have no phenotype on their own (Sundaram and Han, 1995; Kornfeld et al., 1995). In another example, my lab has recently shown that alleles of pph-5 have no obvious phenotype, but suppress the embryonic lethality of separase mutants (Richie et al., 2011). We interpret these silent suppressors as mutations in genes that fine-tune a molecular pathway without drastic consequences. Perhaps PPH-5 is not an essential protein and functions redundantly in a number of processes but is not redundant in the separase pathway. If we accept such interpretations, the potential exists for silent suppressors to be useful therapeutic targets. Partially depleting their expression, altering their biochemical function, or affecting their interactions with other proteins might be the explanation for their suppression. Thus, drugs that mimic the effects of such suppressor mutations might be worthy new targets for therapies of diseases in which recessive mutations are known to be responsible for suppression. In the absence of effective gene therapy or stem cell therapy, drugs that target specific proteins may be beneficial to patients with such diseases

Suppressors that are not silent but have phenotypes of their own may even prove beneficial. A gene that, when mutated, has early developmental defects may not be excluded as a therapeutic target if the treatment is targeting animals that have already developed. Thus, a therapy that targets an essential gene may be useful if used on late-stage or adult animals. For many human diseases, the onset of disease symptoms is quite variable, and therapies targeted at essential genes may not disrupt development if treating older children or adults.

Of the more than 1,000 diseases for which the responsible mutated gene has been identified, the molecular mechanism for a majority of those diseases has not been clearly defined. Often it requires the collaboration between basic researchers and clinicians to establish the molecular pathway and mechanism of the disease. Once we have identified new players in the rare disease pathway (through the methods described above), it is our intention to utilize the NIH Clinical Center and contacts with external clinicians to attempt to put the basic research knowledge we have gained to practice in a clinical setting. Such knowledge and collaboration will hopefully lead to a rational (and perhaps novel) design for therapy that will benefit individuals suffering from the rare disease being studied.

Our research focuses on the C. elegans orthologs of human genes. Orthologs are genes that retain the same function in different species. Thousands of human diseases are caused by mutations in our genes. By studying mutated orthologs in the roundworm, we hope to learn more about how these genes function during development. This knowledge should help further our understanding of the function of these genes in humans. What we learn may be useful for developing therapies for human disease.