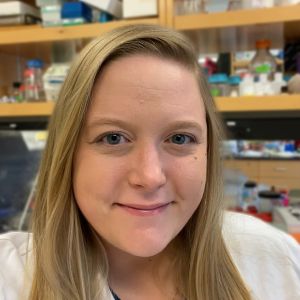 Ribonucleoprotein (RNP) assembly often occurs concurrently with transcription (i.e. co-transcriptionally) meaning that proteins bind to a nascent RNA as it is synthesized by RNA polymerase. However, co-transcriptional RNP assembly is challenged by rapid folding of the RNA that occurs as the chain exits RNA polymerase. Furthermore, RNA folding during transcription can be variable and dynamic, sometimes leading to improper folding and resulting in slow or defective RNP assembly. Cells have developed complex mechanisms to coordinate transcription, nascent RNA folding, and protein association in order to achieve rapid and efficient RNP assembly for survival and proliferation.

As RNP assembly is a fundamental process in all domains of life, the general mechanisms governing assembly are likely to be shared among diverse RNPs. We focus on assembly of the ribosomal subunits during transcription in bacteria and eukaryotes. The ribosomal RNA (rRNA) is well-conserved, highly structured, and must bind dozens of ribosomal proteins to successfully assemble a ribosomal subunit. During assembly, the rRNA must also interact with many RNA-binding proteins, including assembly factors, RNA chaperones, modification enzymes, and small nucleolar RNPs (snoRNPs), which alter the way the rRNA folds and assembles during transcription. We study how all of these factors work together to ensure successful ribosomal subunit assembly.

We combine biochemistry and genetic tools with single-molecule biophysics to characterize the molecular mechanisms employed during RNP assembly. Using single-molecule fluorescence methods, we can correlate the timing of transcription of specific sequences with binding of RNA-binding proteins to the nascent RNA in order to understand how assembly proceeds in real time. Defining the steps and timing of isolated interactions during assembly provides a basis for understanding the molecular mechanisms utilized in the cell. Building on the systems we have developed to understand ribosome assembly, we are also interested in studying other RNPs including the spliceosome, snoRNPs, and mRNPs.

Gene expression is driven by RNA-protein complexes, or ribonucleoproteins (RNPs), like the ribosome and the spliceosome. Formation of a RNP is a complicated process that requires coordination of dozens to hundreds of cellular factors to ensure that the proper structure of the RNAs and proteins is formed within the RNP. Defects in gene expression leading to diseases like cancer can arise when RNPs are not formed correctly in the cell. We aim to better understand the fundamental mechanisms that cells use to assemble RNPs involved in gene expression and how these mechanisms break down in disease.