We want to build up a complete picture of all the key steps, from sensing of glucose and other signals to secretion of insulin by pancreatic beta cells. The goal is to understand how the individual steps are coordinated and finally relate impairments in those processes to the pathogenesis of diabetes.

We primarily focus on the basic biophysical mechanisms underlying insulin secretion from pancreatic beta-cells. Insulin plays a key role in maintaining blood glucose, limiting the rise in glucose after meals. This is of basic physiological interest and is also important for understanding the causes and treatment of type 2 diabetes, which arises from a combination of defects in insulin secretion and insulin action. The scope or our research ranges from the individual beta cell to the electrical and chemical coupling of beta cells within the islets of Langerhans (micro-organs within the pancreas consisting of hundreds to thousands of beta cells as well as other endocrine cells) and to the coordination of the islets in the pancreas (hundreds in rodents to hundreds of thousands in humans) to produce pulsatile insulin secretion observed in the plasma. In addition to the wide range of spatial scales, we are interested in the temporal behavior, which consists of oscillations on time scales ranging from milliseconds (action potentials), to tens of seconds (bursts of electrical activity), to minutes (corresponding to the plasma insulin pulses). Finally, this core rhythm-generating system is modulated by a number of signaling pathways involving insulin itself, cyclic adenosine monophoshate (cAMP), and protein kinase C (PKC).

The above goals are addressed by mathematical modeling of electrical activity and calcium handling. Parallel studies are conducted in neurons and endocrine cells in the pituitary and hypothalamus. This comparative work aids in the search for general principles and mechanisms as well as for the specificities that distinguish one cell type from another.

The main tool we use in both beta cell and general neuroendocrine work is mathematical modeling, most typically based on ordinary differential equations. The starting point is equations similar to those pioneered by Hodgkin and Huxley (Nobel Prize winners in 1952) to explain action potentials in neurons. A major addition to their models is the role of calcium, which is both a mediator of membrane depolarization and a second messenger that triggers secretion and modulates a variety of signaling proteins. Among the latter, we are particularly interested in models of calcium-triggered exocytosis downstream of the calcium entry resulting from electrical activity in both nerve terminals and in beta cells. In all of our work, close collaboration with experimentalists is critical, with multiple iterations of modeling, prediction, and testing of model-generated hypotheses leading to progressive refinement of knowledge and understanding.

Recently it has been appreciated that dysfunction in pancreatic alpha cells, which oppose the action of the beta cells by secreting glucagon to raise glucose. Both insulin and glucagon are limited by a third islet hormone, somatostatin, secreted by delta cells. We are developing models of how the three hormones work together in health and disease.

In addition to impaired secretion of insulin, impaired action of insulin on target tissues is a key contributor to type 2 diabetes. Although most insulin mediated glucose uptake occurs in muscle, insulin resistance in muscle can be driven by dysfunction in adipose tissue. This may result from overflow of fat from fat cells due to inadequate fat storage capacity. Similarly, excessive release of glucose by the liver is also influenced by overflow of lipids from adipocytes. For these reasons, we have also studied the relationship between fat storage capacity in adipocytes and insulin resistance.

The basic theoretical work we do helps guide experiments, making them more efficient by providing a roadmap. Advances in understanding insulin secretion in health and disease will contribute to making more intelligent interventions to prevent and treat disease. It will also be a landmark success in integrating knowledge on many levels to understand a complex system of biomedical importance.

How does beta cell dysfunction lead to diabetes? How do cells regulate their properties to stay within the functional range in the face of changing conditions?

More information about Dr. Sherman's research and resources for mathematical modeling can be found at: http://lbm.niddk.nih.gov/sherman

Insulin is a hormone that allows the body to use carbohydrates for quick energy. This spares fat for long-term energy storage and protein for building muscle and regulating cellular processes. Without sufficient insulin many tissues, such as muscle, cannot use glucose, the product of digestion of carbohydrates, as a fuel. This leads to diabetes, a rise in blood sugar that damages organs. It also leads to heart disease, kidney failure, blindness, and finally, premature death. We use mathematics to study how the beta cells of the pancreas know how much glucose is available and how much insulin to secrete, as well as how failure of various components of insulin secretion contributes to the development of diabetes. 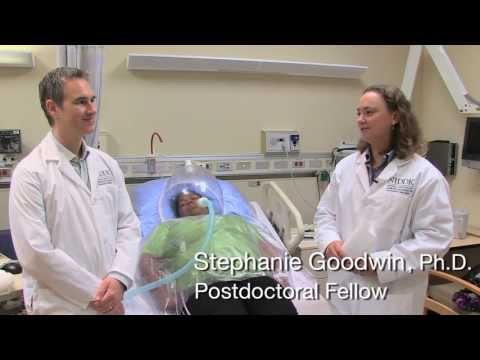 Pancreatic Beta Cell Signaling Pathways
This schematic provides an illustration of some of the pathways included in our models. See Sherman, Mathematical Biosci. 227:12-19, 2007 for details.