Iron is an essential nutrient for almost every organism. It is required by every cell in the human body, yet it can also be a potent cellular toxin. Iron is essential because enzymes that require iron cofactors (namely, heme, iron-sulfur clusters, mononuclear and diiron centers) are involved in virtually every major metabolic process in the cell. Our laboratory focuses on the genetics and cell biology of iron uptake and utilization in eukaryotes. Previously, we have identified and characterized systems of iron transport in baker’s yeast, Saccharomyces cerevisiae. More recently, we have used the genetic tractability of yeast to focus on the intracellular trafficking and distribution of iron cofactors in yeast and mammalian cells.

Mammalian cells express hundreds of metalloproteins. Most contain the abundant metals iron and zinc, while others contain various trace metals such as copper, manganese, molybdenum and cobalt. Although the incorporation of the appropriate metal ion(s) into cellular metalloproteins is a critical, essential process, the mechanism by which most metalloproteins receive their specific cofactor is unknown. Some proteins rely on metallochaperones: proteins that specifically bind metal ions and deliver them to target enzymes and transporters through direct protein-protein interactions.

Human cells express hundreds of proteins that require metal cofactors, including dozens of proteins requiring iron in various forms. Almost nothing is known about how mono- and di-nuclear iron enzymes are metallated. PCBP1 and PCBP2 have been identified as iron chaperones: proteins that specifically bind iron and deliver it directly to target iron enzymes via a metal-mediated protein-protein interaction. Other proteins that may be involved in intracellular iron delivery are unknown. The focus of our research program is to determine i) the spectrum of iron-dependent processes controlled by PCBPs, ii) the mechanism of iron binding and transfer to target enzymes, iii) the process by which PCBPs acquire iron for delivery, iv) the biology of the PCBP system in mammalian tissues, and v) the broader roles of PCBPs in diverse functions of the cell.

Iron deficiency continues to be the most common nutritional deficiency in the world, especially among children and women of childbearing age, where it causes anemia and impairs neurological development and function. Although the pathogenesis of anemia in iron deficiency is well understood, other manifestations of iron deficiency are not understood at the cellular or metabolic level. Iron overload is a feature of an increasing number of human diseases, including genetic disorders such as hereditary hemochromatosis, thalassemias, and Friedreich ataxia, as well as chronic inflammatory diseases of the liver, such as hepatitis C. 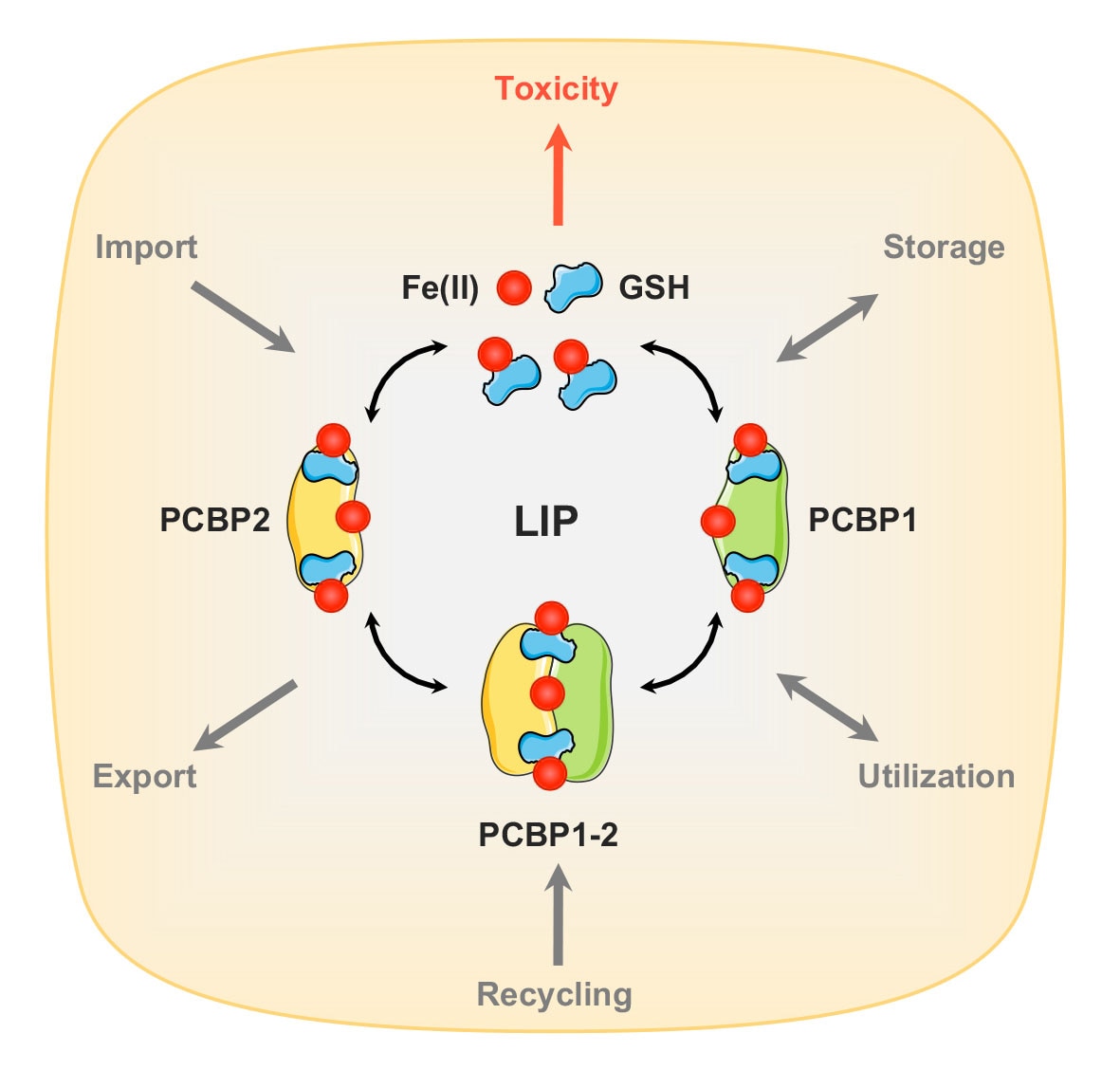 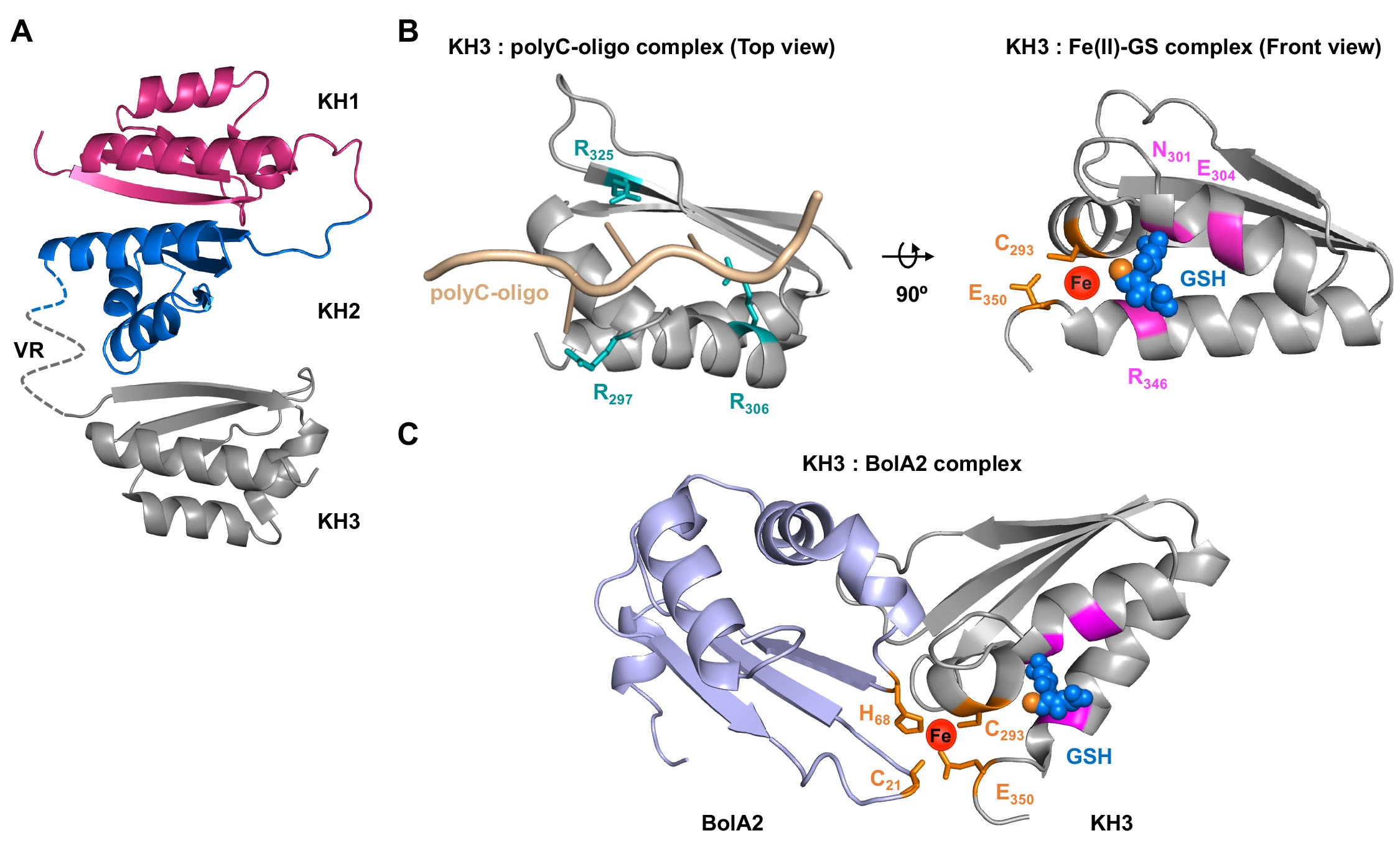 Figure 2. Structural and functional details of PCBP1 as RNA or iron chaperone. 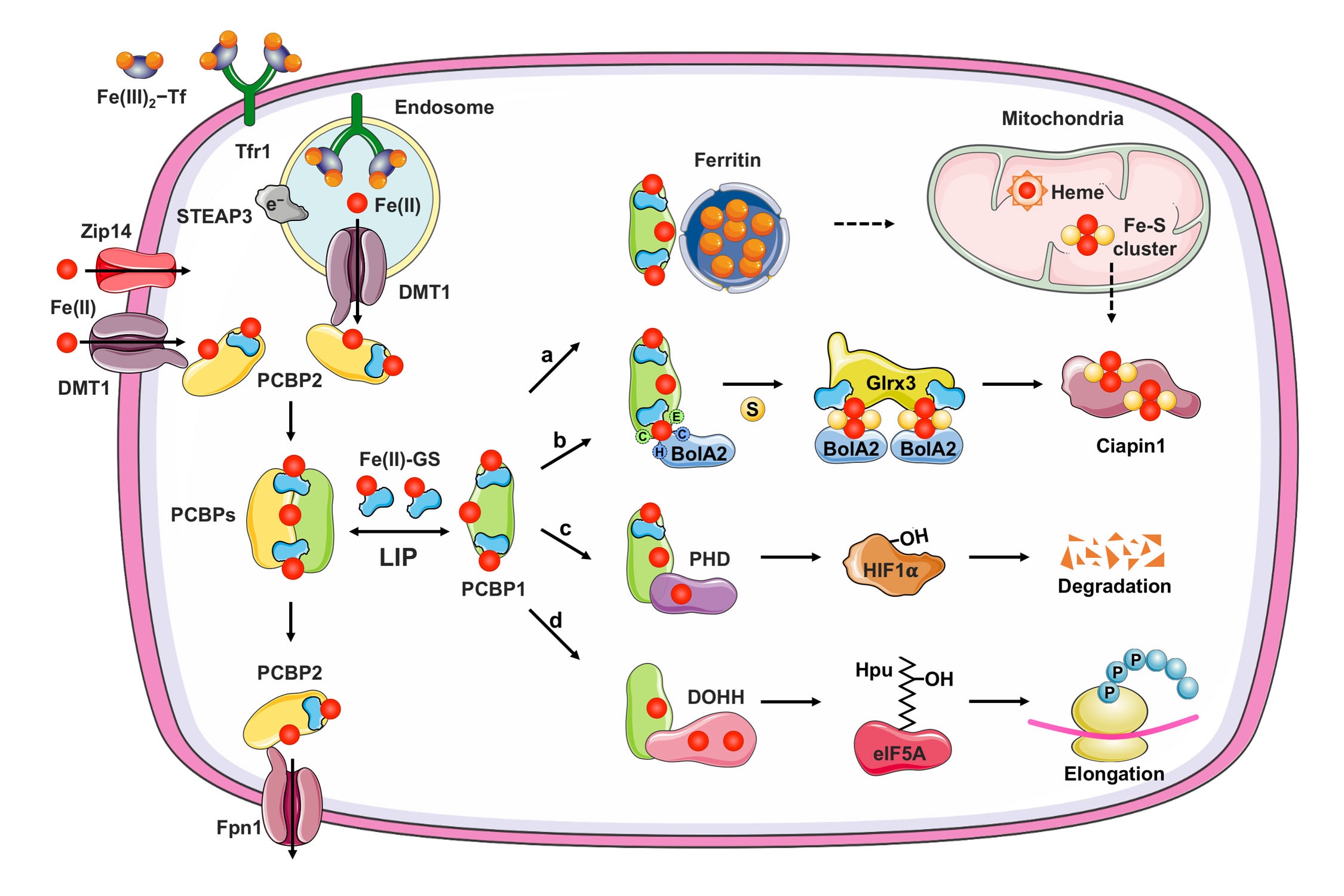 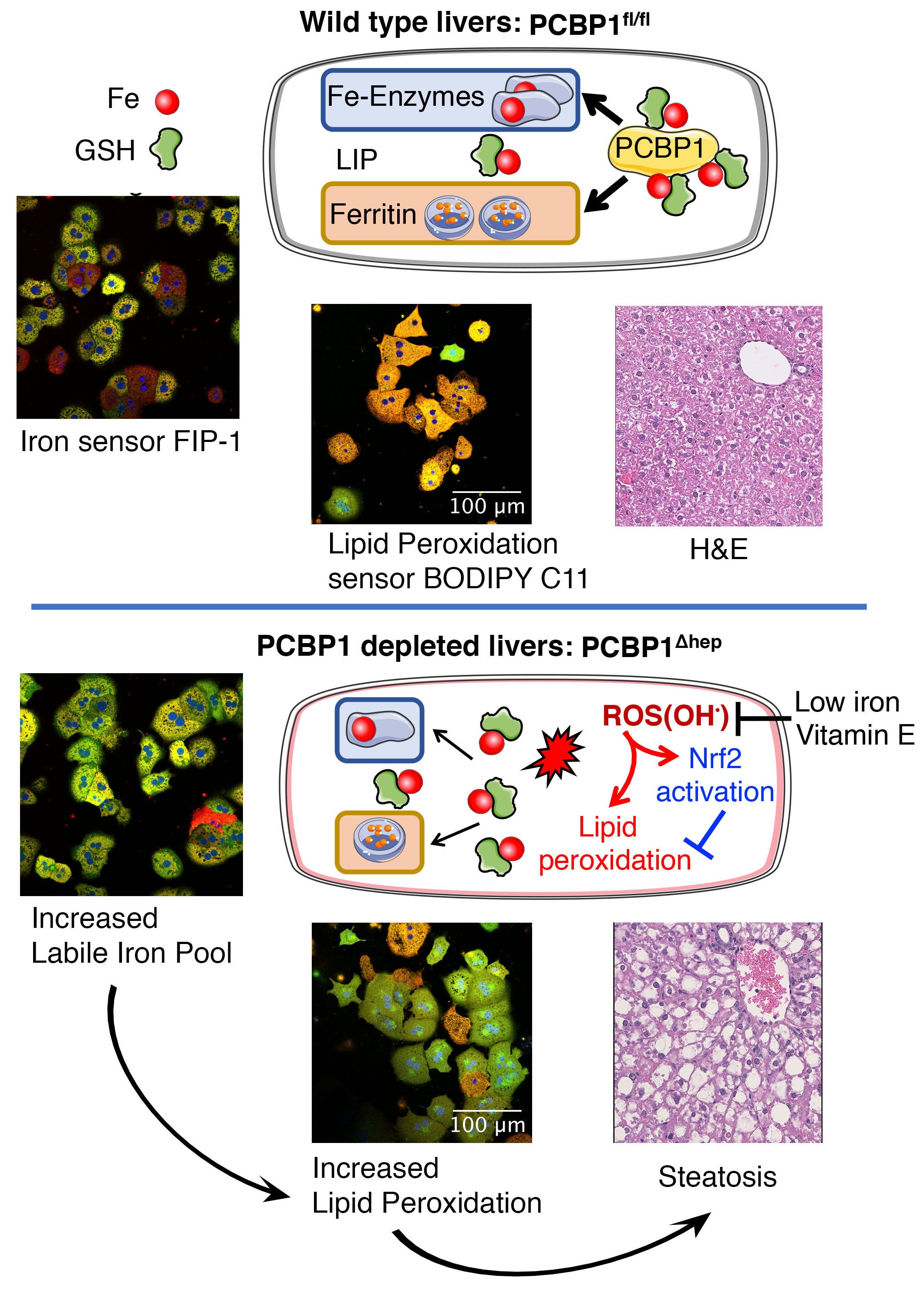