A nationwide study funded by NIH seeks to discover the 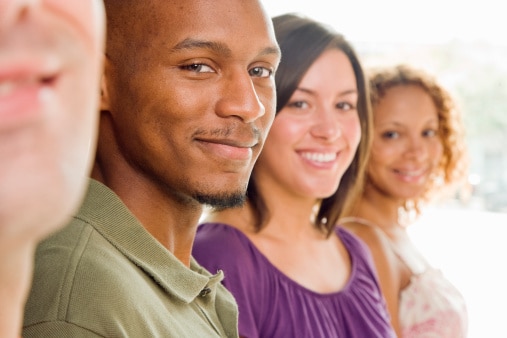 cause of several unusual forms of diabetes. Through research efforts at 20 U.S. research institutions, the Rare and Atypical Diabetes Network, or RADIANT, plans to screen about 2,000 people with unknown or atypical forms of diabetes that do not fit the common features of type 1 and type 2 diabetes. The study’s researchers will collect health information using questionnaires, physical exams, genetic sequencing, blood samples, and other tests. Researchers will also build a resource of genetic, clinical, and descriptive data on previously unidentified forms of diabetes for the scientific and healthcare communities. The study opened for recruitment in September. 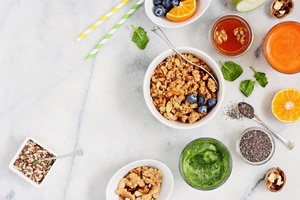 Credit: Shutterstockmisperceptions that people with obesity may be more likely to lack willpower and break their diets. In a study of 60 healthy adults without diabetes, the 37 participants with obesity were randomly assigned either a calorie-reduced diet or a weight-maintenance diet. The 23 lean volunteers were assigned a weight-maintenance diet. For six weeks, participants took home prepared, pre-packaged meals and were advised to eat only the foods provided. They rated how closely they stuck to their diets and how hungry they felt via multiple assessment tools, both daily and weekly. The results showed no differences in diet adherence nor hunger ratings across all three groups, suggesting that people’s adherence to diets is not associated with how much they weigh, how hungry they are, or how many calories they consume. The study was published in Obesity in November.

Editors’ note: This manuscript, first-authored by PECRB’s Emma Stinson, M.P.H., was among four winning papers selected as a Journal Symposium honoree at the Obesity Society’s ObesityWeek 2020. 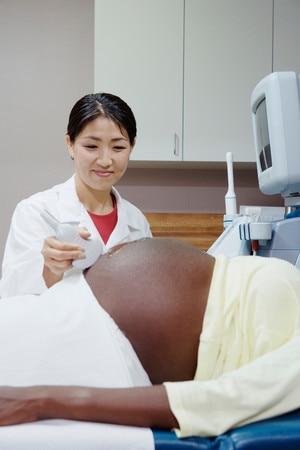 launched the Implementing a Maternal health and Pregnancy Outcomes Vision for Everyone (IMPROVE) initiative. NIDDK is one of several NIH institutes supporting this research to reduce causes of maternal deaths, and to improve health for women before, during, and after delivery.

IMPROVE focuses on the country’s leading causes of maternal mortality– cardiovascular disease, infection, and immunity – as well as contributing health issues and social factors such as mental health conditions, diabetes, obesity, substance use disorders and structural and healthcare system issues. The initiatives aims to create tailored, evidence-based solutions for women.

Researchers in the NIDDK’s Liver Diseases Branch developed a new class of drug that targets hepatitis C virus (HCV), and when combined with other FDA-approved anti-HCV drugs, was shown to better block drug-resistant HCV replication in humanized mouse models. In a 4- 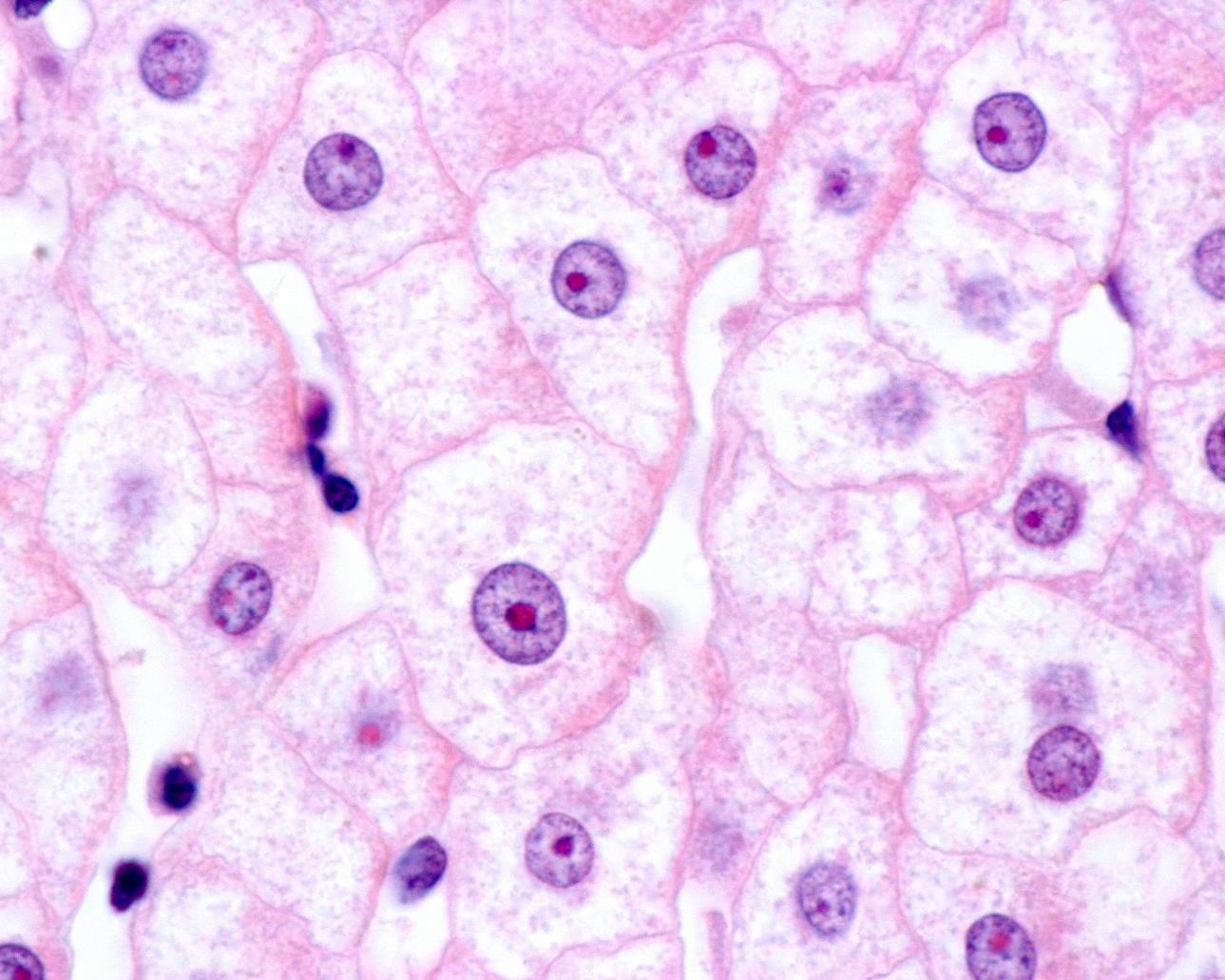 Liver cells pictured through a light microscope. Credit: Shutterstockweek treatment study, researchers found that the drug fluoxazolevir blocked the entry of HCV into human liver cells that were implanted in the mice while also reducing the amount of virus entering the bloodstream. In addition to effectively targeting the virus, the study showed that the mice did not develop drug resistance, an area that has limited the overall effectiveness of other anti-HCV drugs. The research suggests that fluoxazolevir may be a promising candidate for the next generation of combination drug cocktails for HCV treatment. This work published in August in Nature Microbiology.

A recent review of peer-reviewed research articles, published in November in Diabetes Care, describes in-depth the unequal burden of diabetes risk and complications among minority and low income populations across the United States. Some of these higher risks are linked to 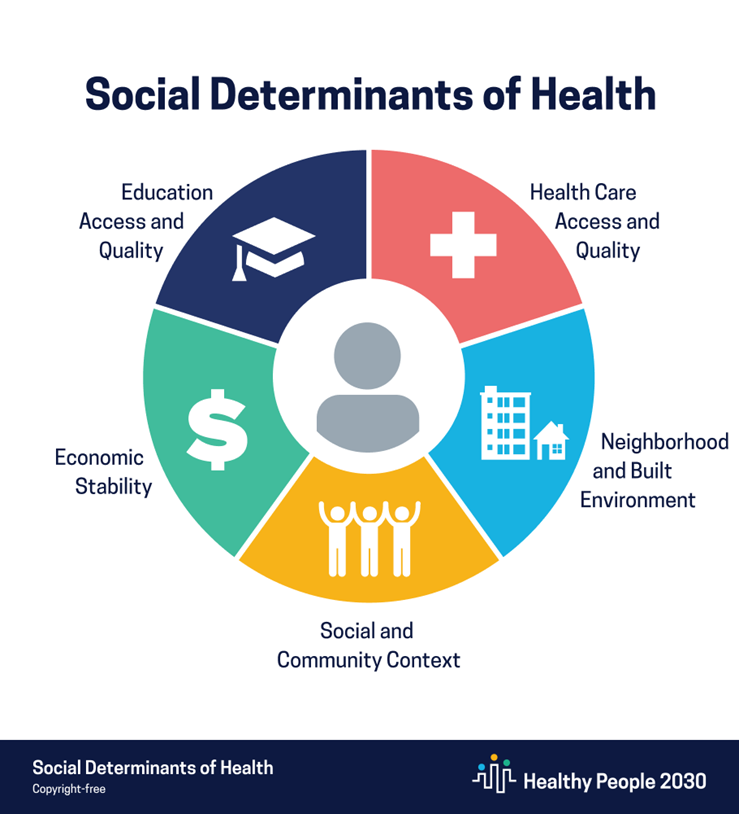 social determinants of health – the conditions in which people are born, grow, live, work and age. Factors associated with socioeconomic status, neighborhood characteristics, the built environment, food environment, health care, and social context were shown to affect a person’s ability to manage and prevent type 2 diabetes. The writing group, which included NIDDK’s Dr. Pamela Thornton of the Division of Diabetes, Endocrinology, and Metabolic Diseases, underscored the importance of developing diabetes prevention and control strategies that address social determinants of health to eliminate systemic causes of diabetes-related health disparities.

Using computer simulations, NIDDK-supported research showed that by including still-viable deceased donor (DD) kidneys to start a kidney-donation chain in a kidney donation pool, the number of transplants could increase, and transplant candidates could see markedly reduced waiting times. Starting with a pool of 400 pairs of 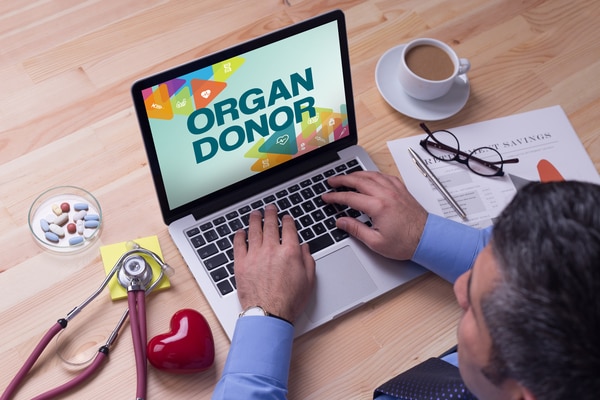 Overall, the study shows that using deceased donor kidneys in a new way in the kidney matching process could substantially increase transplants. Further work to address logistical issues would need to occur before adopting the new algorithm in real-world situations. This work was published in the American Journal of Transplantation in August.

NIDDK-supported research has found that lab-generated tissue that resembles insulin-producing islet cells of the pancreas, called human islet-like organoids, or HILOs, may help treat people with type 1 diabetes while avoiding immune-system rejection. The researchers developed the HILOs by growing 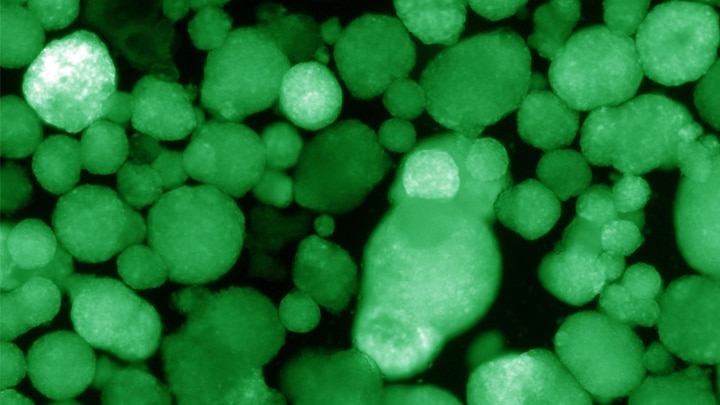 Credit: Salk Institutestem cells in an experimental process that enabled the cells to mature and form pancreatic islet structures that continuously produced and secreted insulin in response to glucose when transplanted into diabetic mice. In addition, the HILOs were engineered to express the PD-L1 protein on their surface, which the immune system recognizes as a familiar protein and does not reject. The research represents an important advance toward potentially making islet cell transplantation more accessible to people with type 1 diabetes without the need for transplant recipients to take lifelong immune- suppressing drugs. This work was published in Nature in August and recently featured on the NIH Director's Blog.