What are the symptoms of a peptic ulcer?

Peptic ulcers may cause symptoms of indigestion. Common symptoms include 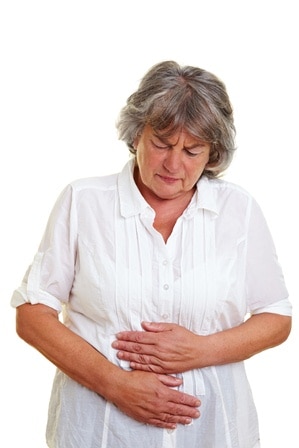 Abdominal pain is the most common symptom of a peptic ulcer.

Abdominal pain is the most common symptom of a peptic ulcer. The pain may be dull or burning and may come and go over time. For some people, the pain may occur when the stomach is empty or at night, and it may go away for a short time after they eat. For other people, eating may make the pain worse.

Many people who have peptic ulcers don’t have any symptoms. They may not develop symptoms until an ulcer leads to complications.

You should call or see your doctor right away if you have symptoms that could be caused by a complication. These symptoms include

Taking NSAIDs—such as aspirin, ibuprofen, and naproxen—is another common cause of peptic ulcers. NSAIDs relieve pain, but they also make the stomach lining more prone to damage and ulcers. Some types of NSAIDs are more likely to cause ulcers than others.

Less common causes of peptic ulcers also include certain diseases and health conditions, such as