Study finds that two medications do not slow the progression of type 2 diabetes in youth: Studies in the NIDDK-funded Restoring Insulin Secretion (RISE) consortium have highlighted differences between youth and adults with prediabetes or type 2 diabetes. The RISE Pediatric Medication Study, conducted in youth ages 10-19, recently reported that neither initial treatment with long-acting insulin followed by metformin, nor metformin alone, preserved the body’s ability to make insulin in youth who have impaired glucose tolerance or recent-onset type 2 diabetes. Metformin has previously been shown to slow progression of prediabetes to type 2 diabetes in adults in the Diabetes Prevention Program Outcomes Study (DPPOS). Results of the pediatric study were published online in Diabetes Care June 25, concurrent with two other manuscripts comparing baseline results of participants of the pediatric trial with their adult counterparts in two other RISE trials. Those studies found that youth participants had more insulin resistance and other signs of disease progression than adults at the same disease stage, adding to growing evidence that the disease is more aggressive in youth than in adults.

Another RISE analysis, this time in adults, found that gastric banding was as effective as metformin in preventing progression of prediabetes and type 2 diabetes. The Beta Cell Restoration through Fat Mitigation study showed that adults with prediabetes or new-onset type 2 diabetes who had gastric banding, a type of bariatric surgery for weight loss, had similar stabilization of their disease to those who took metformin alone. After two years, people in the gastric banding group lost significantly more weight, an average of 23 pounds, compared to four pounds in the metformin group. The two treatment groups ended up with similar improvements in insulin sensitivity and relatively stable function of insulin-producing cells, with small improvements in blood glucose levels. These results were published on October 3 in Diabetes Care.

Hormonal response may determine weight gain susceptibility. Fibroblast Growth Factor 21 (FGF21) hormone may help identify people with lower, or thrifty, metabolisms. After 24 hours on a low-protein overfeeding diet, all study participants on average doubled their concentrations of FGF21. However, those with the lowest increases of FGF21 also had little or no increase in energy expenditure during overfeeding and gained more weight after 6 months. Measuring FGF21 concentrations in response to low-protein overfeeding could help determine individual susceptibility to weight gain, and that FGF21 therapy might help raise metabolism in those at risk for future weight gain. The paper published in Diabetes in September. 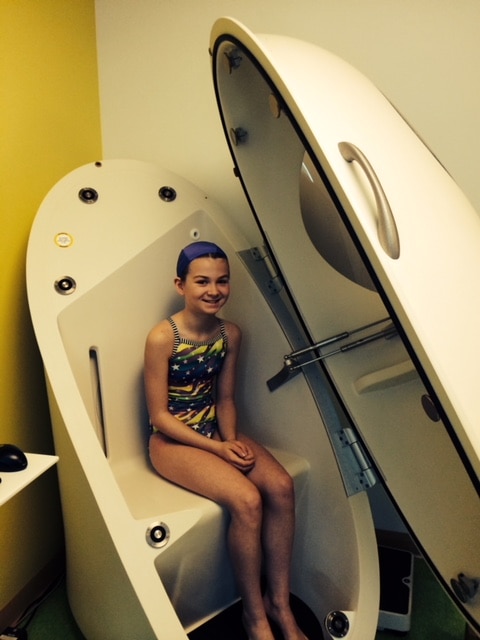 High blood glucose during pregnancy increases risk of mother’s type 2 diabetes, child’s obesity: Researchers from the NIDDK-funded Hyperglycemia and Adverse Pregnancy Outcomes Follow-up Study (HAPO FUS) found that mothers with elevated blood glucose during pregnancy – even if not high enough to meet the traditional definition of gestational diabetes – were significantly more likely to have developed type 2 diabetes a decade after pregnancy than their counterparts without high blood glucose. For children born to mothers with elevated or normal glucose, researchers found no statistically significant difference between the two groups of children in terms of their combined overweight and obesity, the study’s primary outcome. However, when obesity was measured alone, children of mothers with elevated blood glucose were significantly more likely to be obese. These results were published Sept. 11 in the Journal of the American Medical Association.

Genetic study of type 2 diabetes finds new regions in DNA important in diabetes risk. Researchers funded by the NIH Accelerating Medicines Partnership® program for Type 2 Diabetes recently published the largest genetic study of type 2 diabetes to date. Genetic data from 32 genome-wide association studies were combined and analyzed, totaling nearly 900,000 people from North America and Europe. Four-hundred regions in the human genome, with 10 percent in coding regions, were found to be associated with type 2 diabetes risk, doubling the number of areas previously known. The results, published October 8 in Nature Genetics, highlight several genes and that could serve as targets for future therapeutic or preventive efforts.

Food insecurity linked to higher food intake and body weight. An NIDDK study found that -people who are food insecure may be more susceptible to weight gain and eating disorders. Participants who were food insecure ate more calories and had greater body weight than those who were food secure. They also scored higher on measures of maladaptive eating behaviors, which supports previous hypotheses suggesting that people with food insecurity get stuck in cycles of food availability and unavailability, leading to disordered eating patterns. The results point to the need for further research on how food insecurity might lead to weight gain, and how changing the food-insecurity cycle might help reduce eating disorders. The research was presented as one of five winning papers at ObesityWeek 2018 and published online in Obesity in November.

Breastfeeding and development of the infant microbiome: One of the largest clinical microbiome studies in infants finds that breastfeeding, including breastfeeding supplemented with formula or solid foods, was the most important factor in determining how the gut microbiome developed in the first years of life. According to the latest results from the NIH-funded The Environmental Determinants of Diabetes in the Young (TEDDY) study, infants fed breast milk had higher levels of probiotic bacteria in the gut until breastfeeding stopped. The study team also described three distinct phases of human microbiome development during the first four years of life. Birth mode also influenced microbiome development, although to a lesser extent. These results and a companion paper describing the genetic make-up of the infant microbiomes in relation to type 1 diabetes and islet autoimmunity were published October 24 in the journal Nature.

Low-dose ATG may preserve insulin production for people with type 1 diabetes: A study within the NIDDK-funded Type 1 Diabetes TrialNet showed promising early results for a treatment to slow insulin loss in people newly diagnosed with type 1 diabetes. The study looked at whether low-dose anti-thymocyte globulin(ATG), or ATG in combination with another medication, slowed insulin loss when started shortly after a type 1 diabetes diagnosis. A year after the start of treatment, ATG preserved beta cell function and insulin production. Initial results were published online in July in Diabetes Care. Final results of the ongoing study are expected in 2019.

Targeting inflammation molecules reduces heart and liver disease in mice: A recent NIH-funded study in mice found that molecules called oxidized phospholipids (OxPL) directly contribute to inflammation and hardening of the arteries. Phospholipids are found in the low-density lipoprotein (LDL) particles that carry cholesterol through the blood and contribute to some of the negative effects of long-term inflammation. Scientists created a strain of mice that produce an antibody called E06 and tested whether the antibody altered the effects of a high-cholesterol diet. They found that the antibody bound to OxPL-containing LDL particles and reduced the amount taken into immune cells by more than three-quarters. It also reduced the inflammation-promoting activity of those cells in the body. When fed a high-cholesterol diet, the mice with the antibody had less hardening of the arteries, reduced damage to heart valves, and less evidence of fatty liver disease than mice without the antibody. The research was published in Nature.

Drug shows promise in treating obesity: A class of medications, β3-adrenergic receptor (β3-AR) agonists, may have multiple physiological effects on human metabolic functioning, according to an NIDDK study. The β3-AR agonist mirabegron, an FDA-approved drug to treat overactive bladder, increased brown fat metabolic activity, white fat lipolysis, and resting energy expenditure in healthy men. Mirabegron also affected gallbladder size and bile acid metabolism, two functions previously unreported in studies of the drug with either rodents or humans. The findings highlight the need for further research on β3-AR agonists’ physiological effects in humans, with the goal of developing innovative treatments for obesity and other metabolic conditions. The article published in Diabetes in July.

First photoactive drug to fight Parkinson’s disease. An international team developed the first potentially therapeutic photoactive drug—MRS7145—to fight Parkinson’s disease (PD), a neurodegenerative disorder caused by a loss of dopamine, which in turn causes a gradual loss of motor control. In this study, which involved rodent models of PD, the researchers implanted optical fibers in the striatum (area of the brain that controls motor activity). They then used a remote-control device to trigger the release of light, which then activated the MRS7145. That blocked A2A receptors, which play a role in controlling movement, allowing dopamine to be released and reducing PD symptoms. Although this drug has only been tested in laboratory animals so far, the researchers hope their work will lead to new therapeutic solutions for treating PD. The research was published in the Journal of Controlled Release in August.