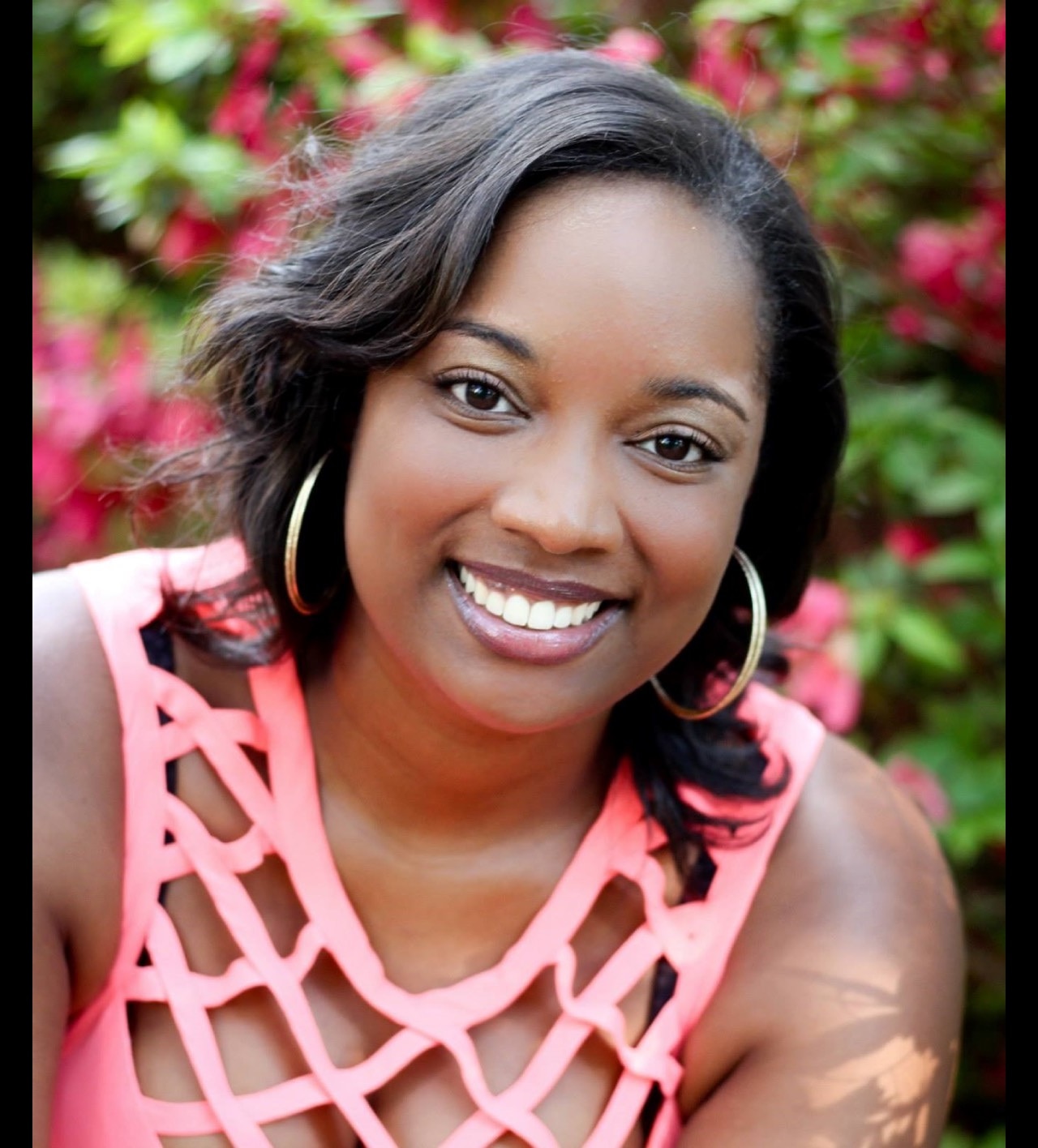 Brittney, 29, grew up in Georgia and describes herself as both a quiet lover of books and an avid sports fan, especially football. She laughs as she says she has found herself “screaming at the television” when rooting for her favorite teams, the Philadelphia Eagles and the University of North Carolina Tar Heels. Adding that she is “an introvert, but enjoys working on great teams,” she shared her experience as a research study coordinator for the University of Pennsylvania/Children’s Hospital of Philadelphia, or CHOP. Brittney joined the Prevention of Urinary Stones with Hydration, or PUSH, clinical trial team at CHOP in March 2017, shortly after completing Brittney her master’s degree in public health. CHOP soon enrolled its first PUSH trial participant from among kids 12 and older, in October 2017. Brittney remembers how the first enrollments took “an hour and a half, and the patients were all so nice!” as everyone got through the process together, from reviewing how to use the smart water bottle to going for imaging in other parts of the medical complex. Later, she generally worked with three to four participants per day who were at various stages in the trial. To facilitate the study and make participation easier, she constantly sought out ways “to prevent having any barriers or burdens … on the parents as much as possible,” such as coordinating kids’ research and clinical appointments at CHOP well in advance.

Brittney, a study coordinator for the PUSH clinical trial, constantly sought out ways “to prevent having any barriers or burdens … on the parents as much as possible” to facilitate the study and make kids’ participation easier.

Brittney keenly remembers the rapport she and participants built during their initial visits, which helped kids and their families throughout their time in the trial. They felt comfortable texting her with questions and asking for help related to study activities. She did a lot of listening and problemsolving, saying that probably the biggest frustration for kids and families was when they felt they were doing everything right, but for some reason the bottle “just would not work.” Another challenge for some was wanting to keep life simple and use just one bottle for all their drinks, whereas for kids in the PUSH intervention group the smart water bottle was meant to provide a prescribed amount of supplemental water per day. “We really tried our hardest to make sure we could compromise where we could, and let them know where we couldn’t,” says Brittney. It was also super important to make sure that kids as well as parents were on board with the study, she says, noting that, “one of our big points [when enrolling someone] was that ‘this was one of the things you have to want to do for yourself, because it is supposed to be a behavior change’.” Along these lines, she adds that although kids might not always have been excited about getting automated daily messages to help with behavior change, it was “funny … how quickly they would respond” if they got a message saying that they had missed out on the financial incentive when they knew they had met their hydration goal—and, of course, she would fix it for them.

When the COVID-19 pandemic temporarily halted PUSH recruitment in early 2020, Brittney took on double duty, becoming part of the COVID-19 clinical volunteer team at CHOP while continuing to send materials and make remote calls to support kids already enrolled in PUSH. As PUSH reopened and there was approval for remote recruitment, Brittney began contacting potential new participants by phone. She continued strategizing to keep participation easy, appealing, and safe in light of COVID-19-related uncertainties and fears—including letting families know when procedures or samples they needed for kids’ clinical care could be done and covered as part of their PUSH participation, and reassuring worried parents that their kids could now opt out of end of study kidney imaging. Brittney left CHOP in July 2020 to enroll in medical school back in Georgia, noting that she still “loves urology” and is hoping to pursue a career in surgery. She remembers with deep appreciation how some of the families told her at the end of their participation how the time and care she took with them “really changed their lives.” From her time at CHOP and the PUSH study, particularly as they faced the pandemic, she says she remains inspired by the kids and families with whom she met and worked. How to capture her feelings in one word? “Resilience,” says Brittney. 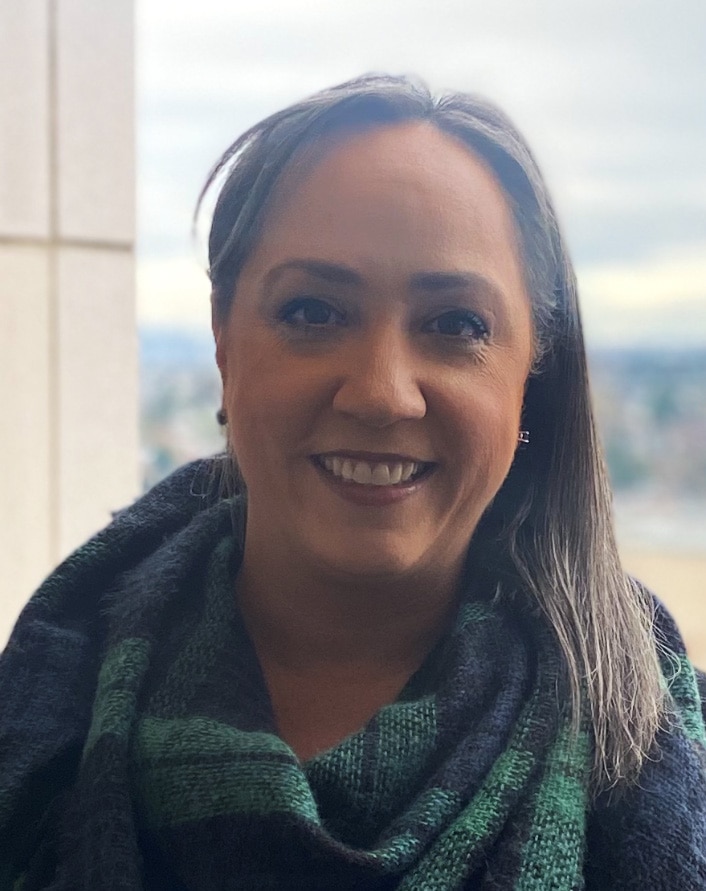 HollySeattle area native and mother of two, Holly, 41, has been a clinical research study coordinator for over 14 years—4 of them with the Prevention of Urinary Stones with Hydration (PUSH) clinical trial site at the University of Washington (UW), which is enrolling adult participants. When not spending time with her sons at Mariners Stadium and other activities as the COVID-19 pandemic allows, she is mainly focused on her study coordinator role, a career that she says she “fell into” and trained for while working at a private practice, and found she really enjoys. Along with data collection and administrative aspects, “I enjoy the volunteers’ participation and … face-to-face contact [with them],” she says with a smile. On a daily basis, Holly spends much of her time determining whether potential PUSH participants meet eligibility criteria for the study, going over the study with eligible candidates so they are fully informed prior to joining, and randomly assigning new participants to one of the two PUSH study groups. She does this either in person or now also remotely, including people from across the country. So far, “we’ve had success enrolling people from Oklahoma, Tennessee, and New York,” as well as Arizona and California, she says. Because the PUSH trial didn’t require in-person visits for most of a participant’s involvement even before the pandemic, Holly adds that “we were already comfortable helping people along the way for 2 years remotely,” including with issues such as smart water bottles breaking or the associated tracking app not working.

Holly emphasizes that a big goal for her and the rest of the PUSH team is to make sure participants do not feel burdened by the study, but rather feel it is something they can integrate into their daily lives. “Being a prevention study, we want it to be a positive experience for them,” she says. As part of the study, she often reaches out to participants to help with their 3-month follow ups as needed, but also hears about their frustrations at other times, such as when they don’t meet hydration goals. “Sometimes people just had to take a break,” she says, adding that when she randomizes participants she makes sure to let them know that, “we understand life gets busy and, yes, you can’t meet your goal every day, but we are here to help you.”

Holly has found that, despite some of the frustrations they encounter, the PUSH participants she has worked with are really positive about their experience. She says that most of the people who volunteer for PUSH “are very excited to start the study,” adding that “one of the best things is that … at the end of their 24 months, they are really proud of themselves” regarding improvements in 24-hour urine collections and water consumption, and “that’s always good to see.” She observes that they know that not only are “they helping themselves, but also really contributing to kidney stone disease” research. In terms of their daily experience, she says that participants in the intervention group “really [do] love the smart water bottle” and being able “to see where they [are] at during the day for their goal” and whether they’ve met it, via the app. Participants are allowed to keep their bottles at the end of their study Holly time, and Holly says a few have said at that point that they are “sad that they weren’t able to continue on” in PUSH, although of course they can continue to use the bottle to monitor water consumption.

Holly, a study coordinator for the PUSH clinical trial, emphasizes that a big goal for her is to make sure participants do not feel burdened by the study: “Being a prevention study, we want it to be a positive experience for them.”

For Holly, as the PUSH clinical trial continues its work through the evolving challenges of the COVID-19 pandemic, teamwork and support are critical—both personally and for the participants. It’s “not only us trying to be positive and supportive,” but also, “here at the clinical site we have support from the principal investigators, … the monitors, and the coordinators [and assistants] supporting each other during this difficult time,” she says. She was especially thankful for this support when dealing with wildfires near her home in 2020. Talking again about the study volunteers, Holly recalls fondly how one participant even gave the UW PUSH team the moniker “Team Hydrate.” This seems to capture the spirit of PUSH— go Team Hydrate!