What is celiac disease?

Celiac disease is a chronic digestive and immune disorder that damages the small intestine. The disease is triggered by eating foods containing gluten. Gluten is a protein found naturally in wheat, barley, and rye, and is common in foods such as bread, pasta, cookies, and cakes. Many products contain gluten, such as prepackaged foods, lip balms and lipsticks, toothpastes, vitamin and nutrient supplements, and, rarely, medicines. 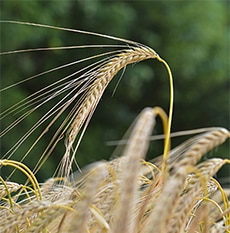 Does celiac disease have other names?

How common is celiac disease?

Who is more likely to develop celiac disease?

Celiac disease can only occur in people who have certain genes. You are more likely to develop celiac disease if someone in your family has the disease.

Celiac disease is also more common in people who have certain chromosomal disorders, such as Down syndrome, Turner syndrome, and Williams syndrome.

What other health problems do people with celiac disease have?

Experts have found that some people have both celiac disease and other disorders related to the immune system. These disorders include

What are the complications of celiac disease?

Long-term complications of celiac disease include

Rare complications can include

In rare cases, you may continue to have trouble absorbing nutrients even though you have been following a strict gluten-free diet. If you have this condition, called refractory celiac disease, your small intestine is severely damaged and can’t heal. You may need to receive intravenous (IV) nutrients and specialized treatment.