The Genetics of Organelle Biogenesis Section studies the biogenesis and function of centrosomes, non-membrane-bound organelles that organize the microtubule cytoskeleton into large macromolecular machines such as the mitotic spindle and cilia.

We seek to understand the molecular mechanisms that govern the number and size of centrosomes. These non-membranes bound organelles play a central role in cell growth, division, signaling, and motility and are present at one to two copies per cell. Although defects in centrosome structure and number can have catastrophic effects on cell division and genome integrity, much remains to be learned about how the number and assembly of centrosomes is controlled.

Our current research focusing on identifying and characterizing genes required for assembly of the two components of the centrosome; the centrioles and the pericentriolar material. Our long-term goal is to define in molecular term, the regulatory networks that govern the number and size of centrosomes. 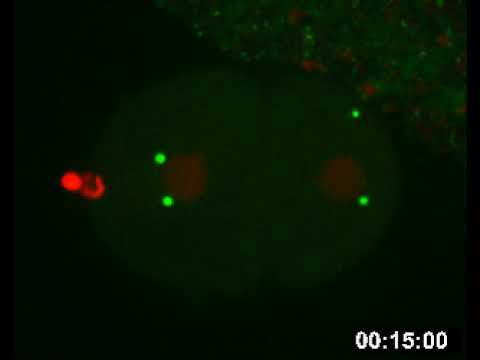 Video of Centrosome amplification in a C. elegans embryo 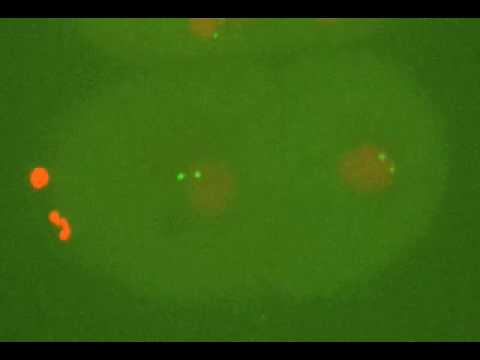 Video of Centrosome duplication in a C. elegans embryo 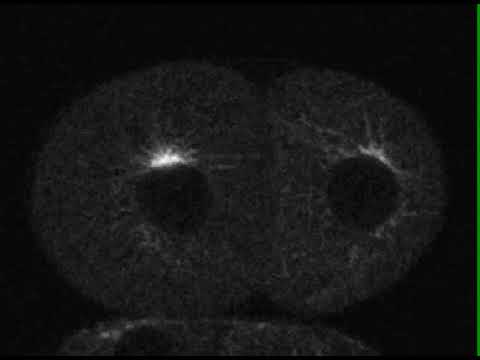 Video of Spindle assembly in a C. elegans embryo 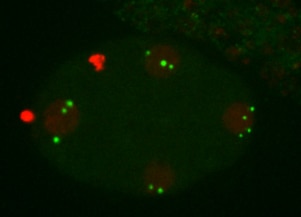 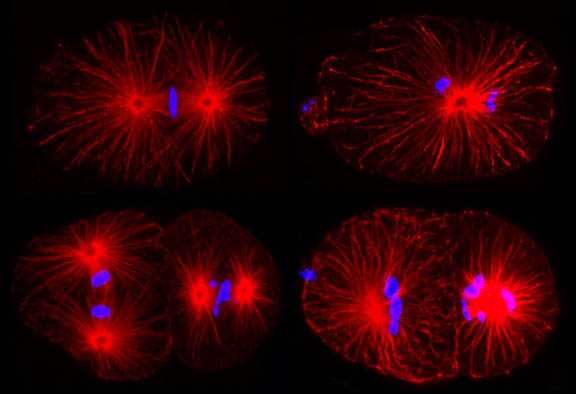