We study conformational dynamics of proteins using single molecule Förster resonance energy transfer (FRET) spectroscopy. Especially, we focus on intrinsically disordered proteins (IDPs) that are closely related to various human diseases. The primary goal of our research is to understand the mechanisms of binding and aggregation processes of IDPs.

Proteins play critical roles in virtually every cellular process. To perform their biological functions, they must properly fold from a disordered state to a unique three-dimensional structure. Bioinformatics studies, however, have revealed that a surprisingly large fraction (> 30%) of eukaryotic proteins actually contain a long stretch of disordered regions. These unstructured proteins or regions of polypeptides are called intrinsically disordered proteins (IDPs) or intrinsically disordered regions (IDRs). Although the prevalence of IDPs and IDRs apparently contradicts the concept of the structure-function relationship, these unstructured proteins usually fold when they attach to the binding partners. The advantage of binding mediated by IDPs and IDRs compared to the interactions between folded proteins is that the disorder allows flexible binding to many different binding partners. Therefore, the intrinsic disorder is found in many proteins performing central roles in cellular regulation such as gene transcription and signal transduction and is frequently implicated in the development of various diseases such as cancers. In addition, disordered proteins are often prone to aggregation, which also causes various protein misfolding diseases.

1. Understanding binding mechanism of IDPs. We try to understand the mechanistic details of binding such as how molecular conformations evolve when two molecules approach, make a contact, and form a bound complex. This information is contained in the moment of binding that can be probed only by analyzing individual events.

2. Characterization of protein aggregation. Protein aggregates and oligomers are thought to be implicated in the development of various neurodegenerative diseases. However, oligomerization and aggregation have been extremely difficult to study due to the heterogeneity of the process. Single molecule spectroscopy will effectively characterize this complicated process by detecting individual moleculare species without separation.

In FRET spectroscopy, the energy transfer efficiency depends strongly on the distance between a donor and an acceptor attached to a protein molecule. We develop and use multi-color FRET spectroscopy to detect protein conformational changes of IDPs when binding happens. In order to capture a fast binding event, we use a maximum likelihood method that analyzes information of individual photons. 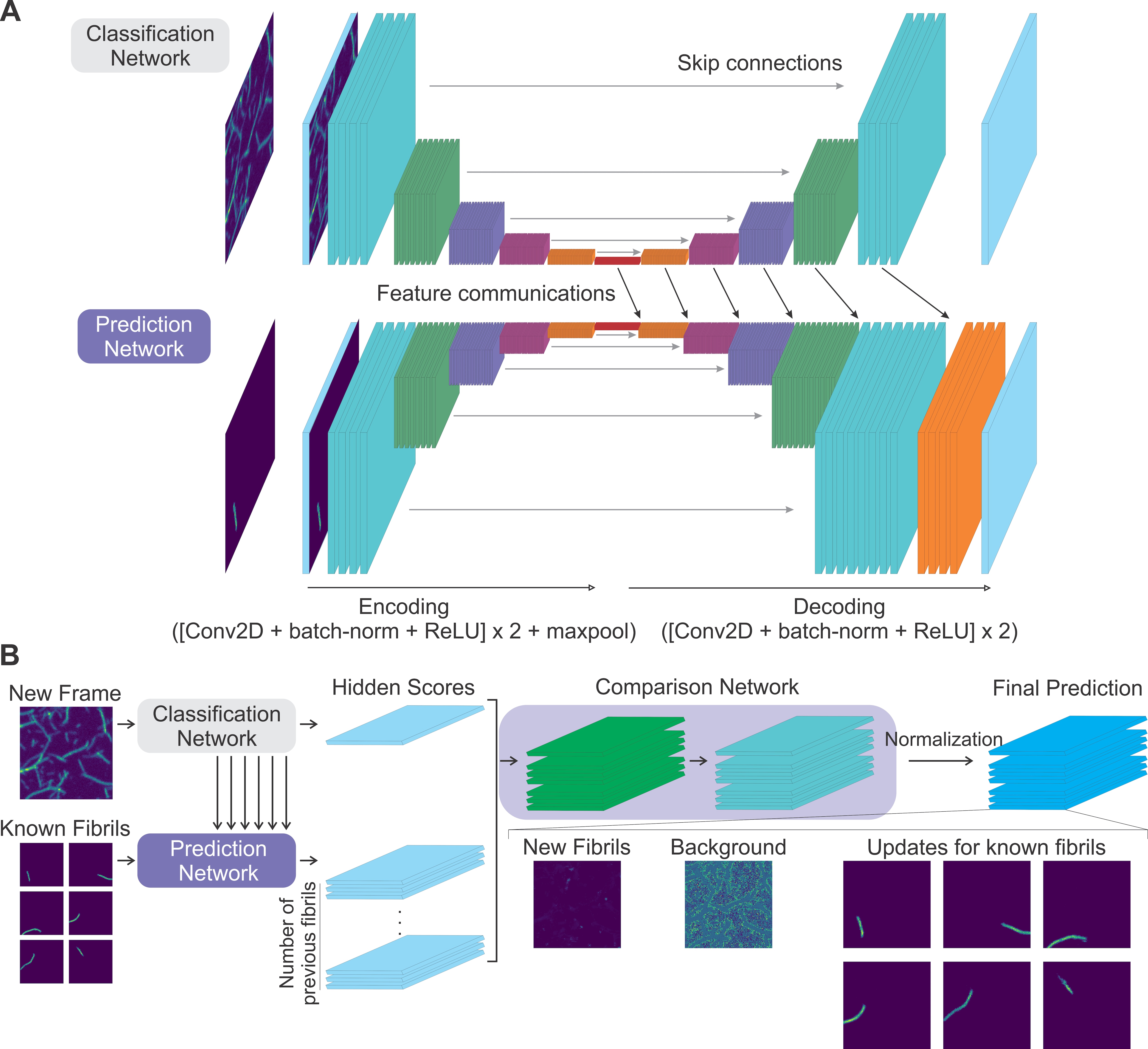 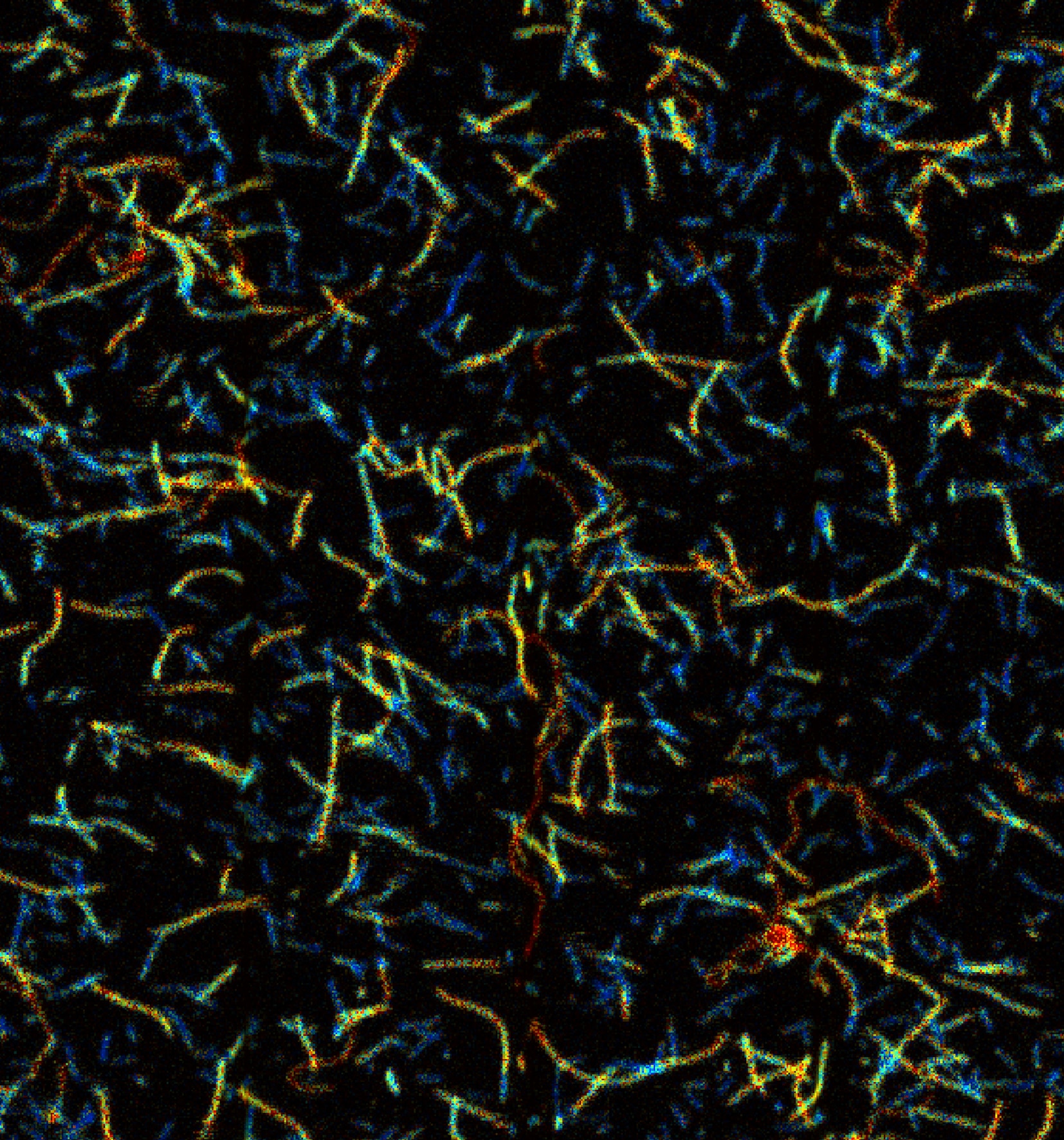 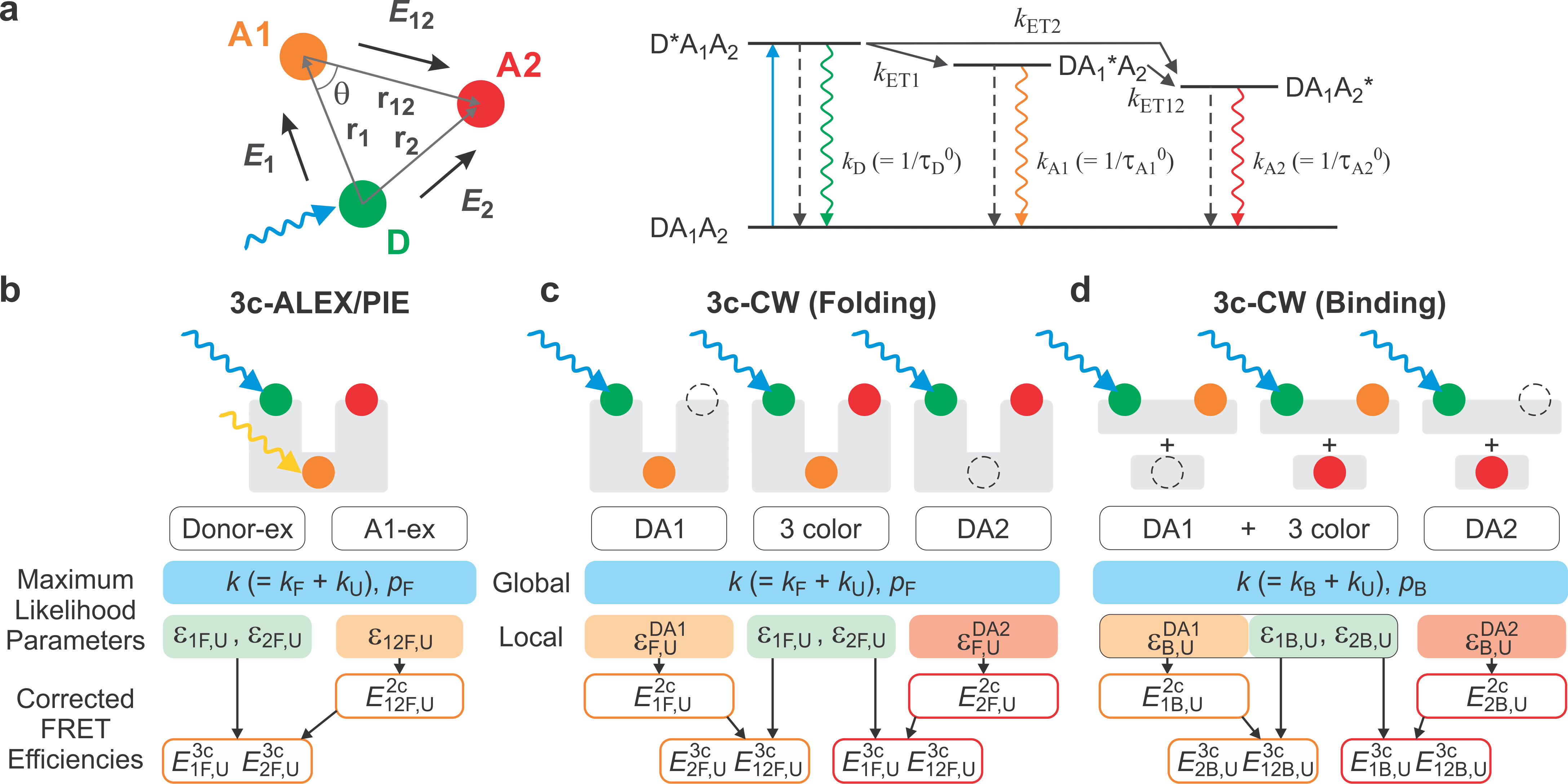 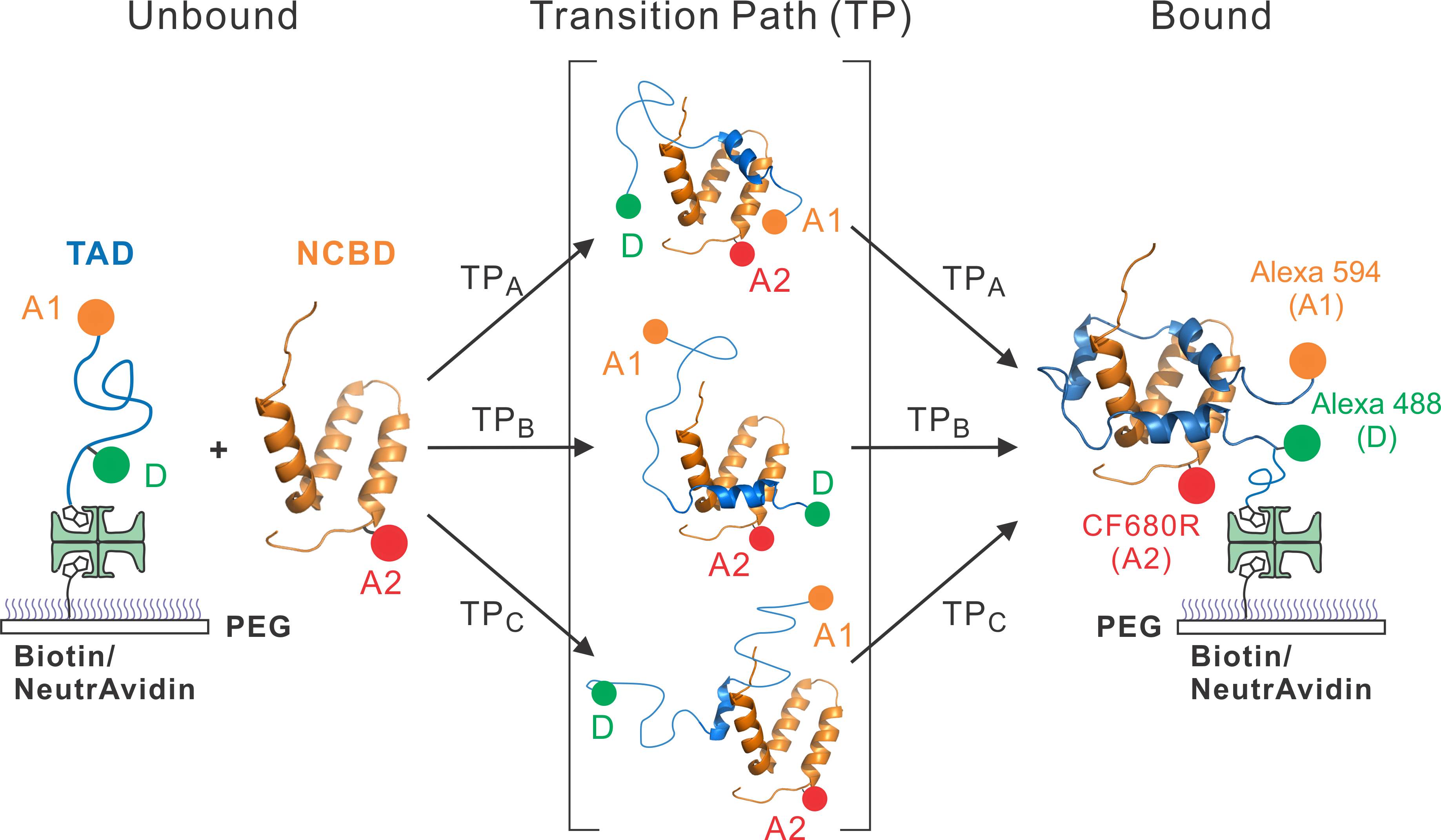