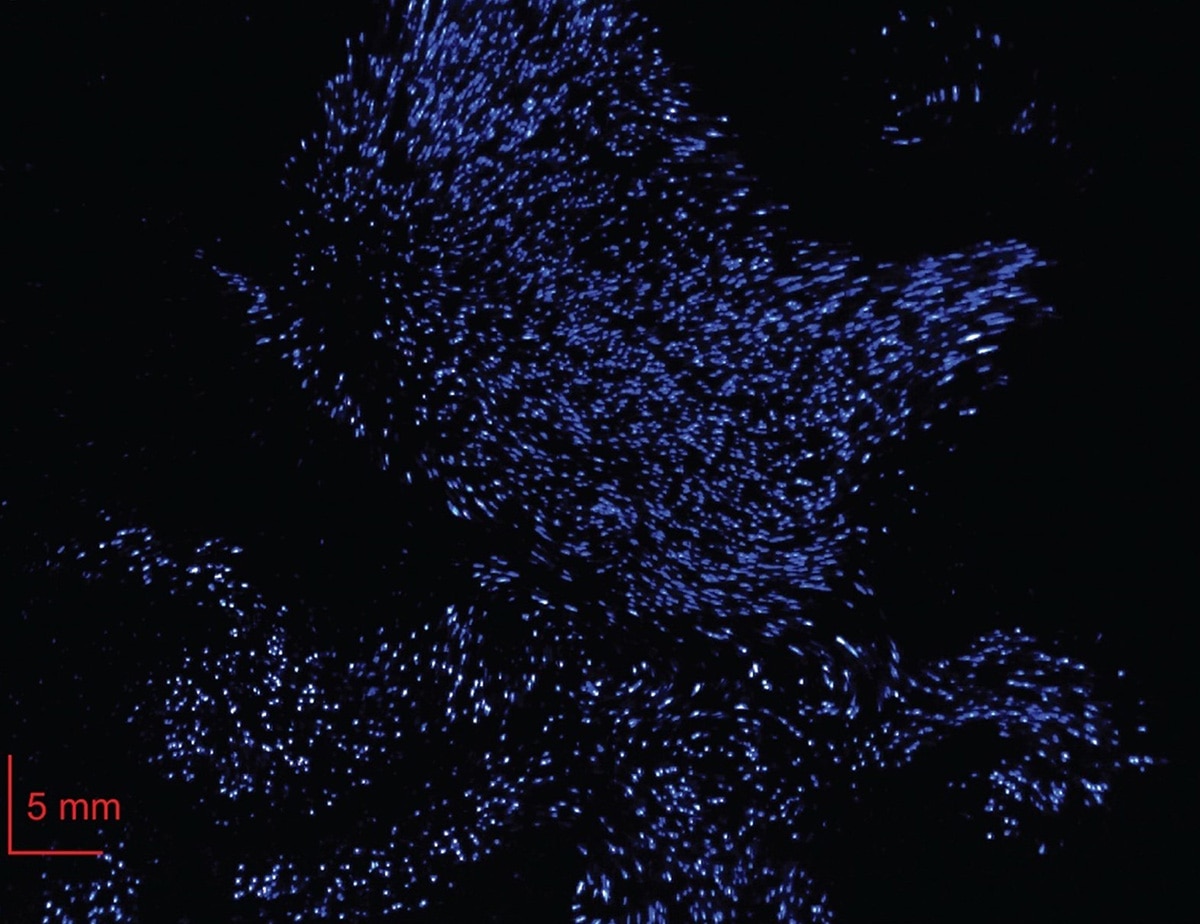 Researchers at NIDDK expanded their previous work on speech droplets to demonstrate that speaking emits far more respiratory aerosols than previously known. Using a combination of video laser light scattering and conventional aerosol detection equipment, they found that aerosols emitted by speaking are undercounted unless special precautions are taken, and are far more abundant than previously measured in other studies. While these medium-sized aerosols remain in the air shorter than the much smaller breath-generated aerosols, they can carry far more pathogens. Speech-generated aerosols are mostly too large to infect the lungs directly, which may explain why many respiratory infections, such as those caused by SARS-CoV-2, begin in the upper respiratory tract. Because respiratory aerosols are recognized as a primary vehicle in viral respiratory disease transmission, accurate information on their size and numbers is important for developing appropriate mitigation strategies and disease modeling. The researchers hope that their findings, which published in PNAS in June, will stimulate new research on how speech aerosols in real-world settings contribute to the spread of infectious disease.

Results from the approximately 21-year follow up of the NIH-supported Diabetes Prevention Program (DPP) show that neither the metformin nor the study’s lifestyle intervention reduced major cardiovascular events compared to participants taking the placebo. The DPP randomized clinical trial, which started in 1996 and ended in 2002, compared metformin or lifestyle intervention with placebo to prevent or delay type 2 diabetes in 3,234 participants at high risk for developing the disease. Despite the interventions’ effectiveness in preventing diabetes, neither reduced the risk for major cardiovascular events including heart attack, stroke, or death from cardiovascular disease. This research was published in Circulation in May.

An NIDDK study compared metabolic characteristics in people with and without food insecurity, which refers to having limited or uncertain access to nutritious foods and is often attributed to socio-economic factors such as low income. The results showed that people with food insecurity had a higher respiratory quotient, which reflects the amount of energy a person derives from different macronutrients such as carbohydrates or fat. Previous research has found that people with elevated respiratory quotient values are more likely to rely on carbohydrates for energy production and gain weight over time. Results from the current study also showed that people with food insecurity had lower levels of glucagon-like peptide (GLP1), a hormone that facilitates fullness. The findings, which published as an Editor’s Choice selection in Obesity in June, suggest that underlying metabolic processes, in addition to social and economic contributors, may explain the higher rates of obesity among people with food insecurity. 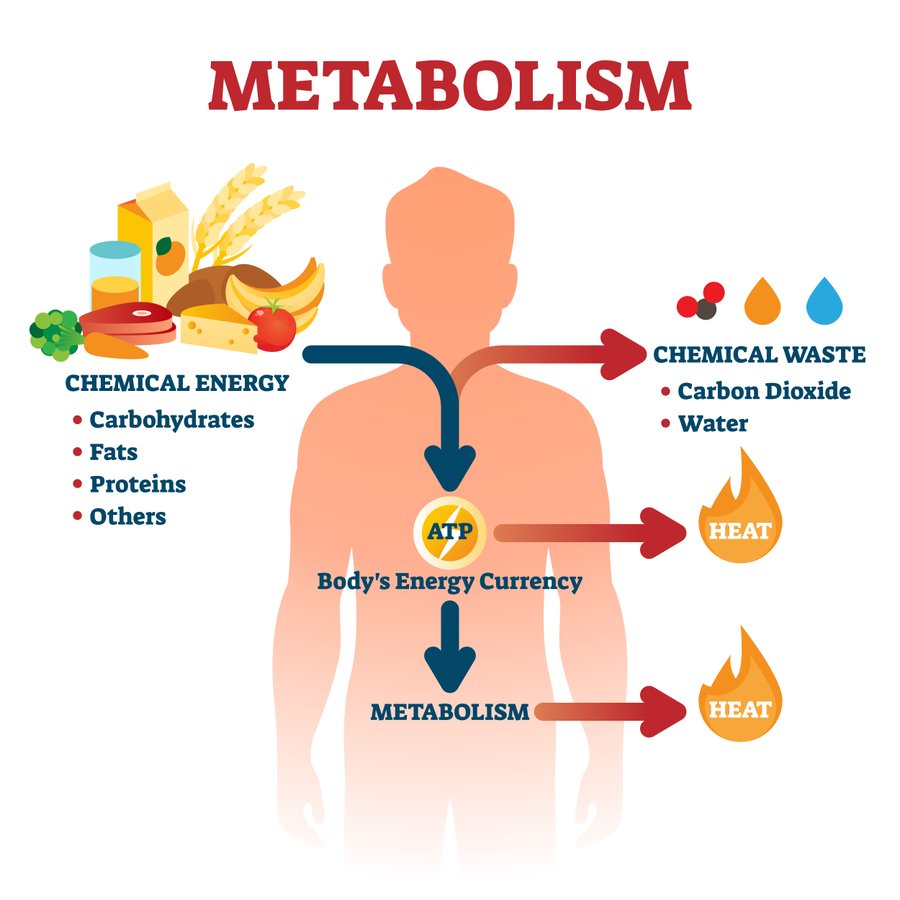 Chemical energy contained in food, such as carbohydrates, fats, and proteins, is converted to fuel for the body through metabolism. Byproducts of human metabolism include heat, water, and carbon dioxide.

Research supported in part by NIDDK discovered that a molecule, N-lactoyl-phenylalanine, or Lac-Phe, is produced during exercise by various mammals, including people, and can reduce food consumption and obesity in mice. The researchers also confirmed, using cultured mouse cells, that Lac-Phe production requires an enzyme called carnosine dipeptidase 2 (CNDP2) and lactate, a chemical byproduct of exercise. In a series of experiments, the team found that without exercise, high doses of Lac-Phe suppressed food intake and promoted weight loss in mice that had diet-induced obesity, but not in lean mice. When they exercised and were given a high-fat diet, mice without the CNDP2 enzyme gained weight compared to those with CNDP2, because the mice ate more to compensate for their energy expenditure. These results provide important insights into the molecular effects of exercise and how it influences body weight and energy balance. The study appeared in Nature in June and was recently featured in NIH Research Matters.

Exercise triggers production of the molecule lactate in muscle cells, and the authors showed that a metabolite molecule called Lac-Phe is produced from lactate and the amino acid phenylalanine by the enzyme CNDP2 in an unknown cell type — possibly, immune cells or epithelial cells. Lac-Phe passes into the blood, and is associated with reduced appetite, reduced fat mass and weight loss in these mice. 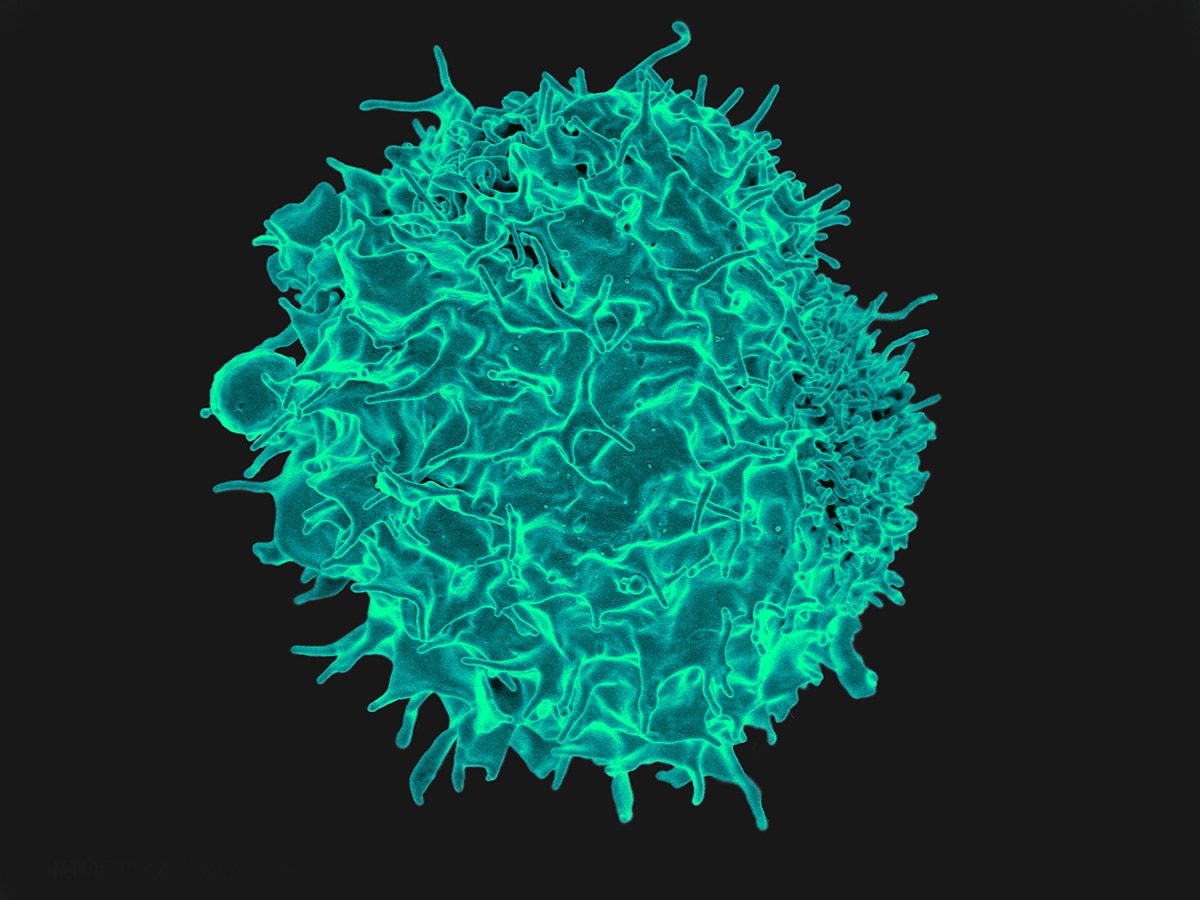 NIDDK-supported research has discovered a new mechanism by which cells in the thymus train immune system T cells to distinguish the body’s own cells (self-cells) from foreign cells or cells infected by bacteria or pathogens. The research, conducted in mice, showed that the thymus gland, where immune T cells are produced, includes special cell types that mimic other cells found in various tissues throughout the body. These thymic cells, called mimetic cells, mirror the gene expression of cells outside of the thymus, while retaining the ability to educate immature T cells. This exposure teaches the young T cells how to recognize the body’s own cells before they mature and leave the thymus. The immune system’s early exposure to different self-cells is what allows it to be non-reactive to the various types of cells in the body. These results have important implications for understanding the human immune system and autoimmunity. This research was published in June in Cell. 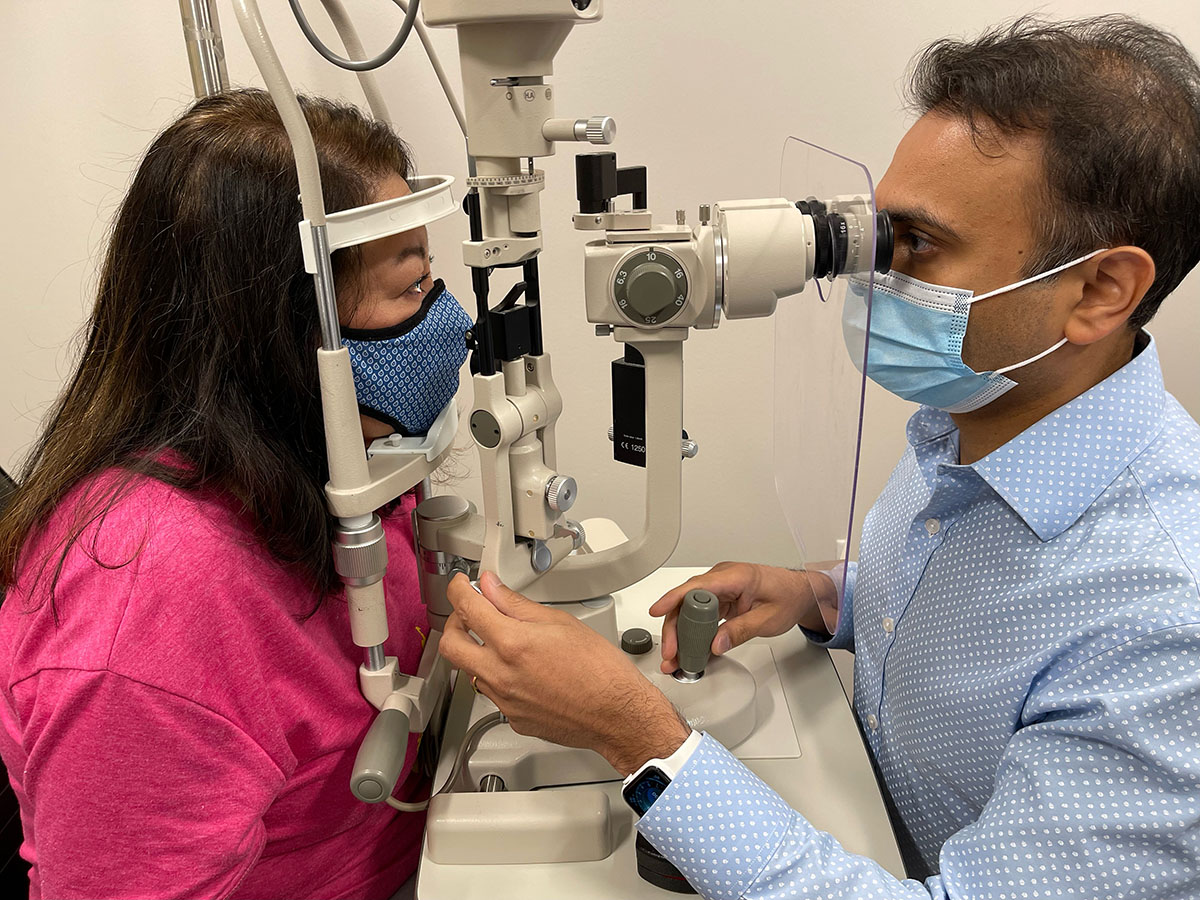 Clinical trial results from the DRCR Retina Network suggest that a specific step treatment strategy, in which people with moderate vision loss due to diabetic macular edema start with a less expensive medicine and switch to a more expensive medicine if vision does not improve sufficiently, gives results similar to starting off with the higher-priced drug. The main complication of diabetic macular edema, fluid build-up in the retina that causes vision loss, is commonly treated with anti-vascular endothelial growth factor (VEGF) drugs. The stepped regimen involved starting with the anti-VEFG drugs Avastin (bevacizumab), which is the lower-cost treatment often preferred by insurers, and changing to Eylea (aflibercept), when needed. Results from the trial, funded in part by NIDDK, were published in July in the New England Journal of Medicine. 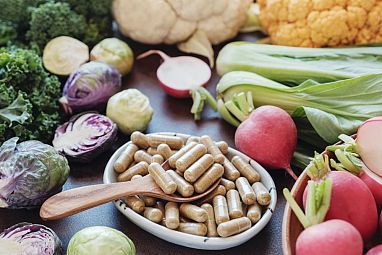 An NIH-funded study explored the effects of consuming different types of dietary fiber supplements. They enrolled 18 participants—ten women and eight men—and gave them increasing amounts of different types of fiber supplements for three weeks each. The effects of the fiber supplements were unique to each person. The results suggest that, while some general trends may be common, the optimum fiber intake for each person may vary. The findings were published in Cell Host Microbe in April and described in NIH Research Matters.