What is GI bleeding?

Learn more about your digestive system and how it works.

Does GI bleeding have another name?

How common is GI bleeding?

Every year, about 100,000 people in the United States go to the hospital for upper GI bleeding.1 About 20 to 33 percent of GI bleeding episodes in Western countries are in the lower GI tract.2

Who is more likely to have GI bleeding?

Men are twice as likely as women to have upper GI bleeding.3 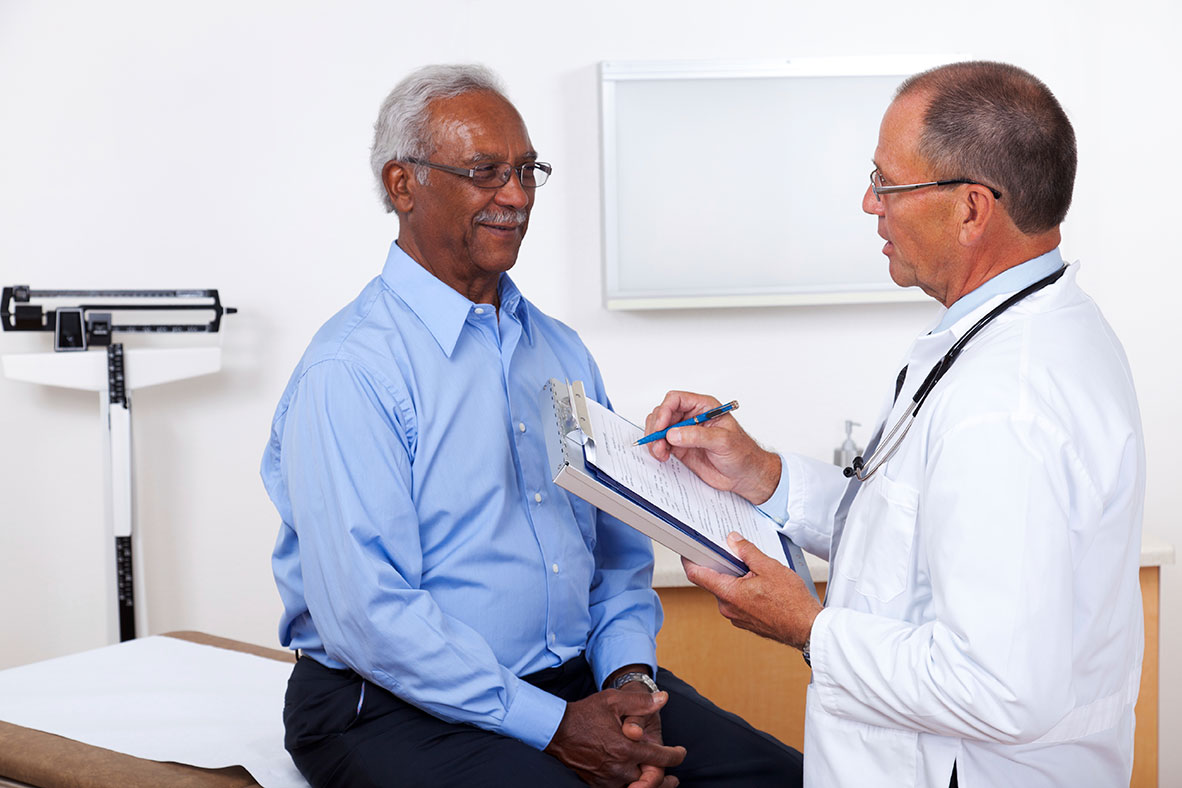 Men are twice as likely as women to have upper GI bleeding.

What are the symptoms of GI bleeding?

Symptoms of gastrointestinal (GI) bleeding may include

You may go into shock if you have acute bleeding. Acute bleeding is an emergency condition. Symptoms of shock include

If you have any symptoms of shock, you or someone should call 911 right away.

You may develop anemia if you have chronic bleeding. Symptoms of anemia may include feeling tired and shortness of breath, which can develop over time.

Some people may have occult bleeding. Occult bleeding may be a symptom of inflammation or a disease such as colorectal cancer. A simple lab test can detect occult blood in your stool.

Many conditions can cause GI bleeding. A doctor can try to find the cause of your bleeding by finding its source. The following conditions, which are listed in alphabetical order, include possible causes of GI bleeding:

Colitis. Ulcers in the large intestine are a complication of colitis. Ulcerative colitis is an inflammatory bowel disease that can cause GI bleeding.

Colon polyps. Colon polyps can cause GI bleeding. You can have more than one colon polyp at a time. Some types of polyps may be cancerous or can become cancerous.

Esophagitis. The most common cause of esophagitis is gastroesophageal reflux (GER). GER happens when your lower esophageal sphincter is weak or relaxes when it should not. Stomach acid can damage your esophagus and cause sores and bleeding.

Gastritis. Some common causes of gastritis include

If untreated, gastritis can lead to ulcers or worn-away areas of the stomach lining that can bleed in your GI tract.

Peptic Ulcers. The bacteria Helicobacter pylori (H. pylori) and use of NSAIDs can cause peptic ulcers. Peptic ulcers can wear away your mucosa and cause GI bleeding.

How do doctors diagnose GI bleeding?

To diagnose gastrointestinal (GI) bleeding, a doctor will first find the site of the bleeding based on your medical history—including what medicines you are taking—and family history, a physical exam, and diagnostic tests.

During a physical exam, a doctor most often

Depending on your symptoms, your doctor will order one or more diagnostic tests to confirm whether you have GI bleeding and, if so, to help find the source of the bleeding.

What tests do doctors use to diagnose GI bleeding?

Your doctor may perform the following tests to help diagnose the cause of your GI bleeding.

Lab tests to help diagnose the cause of your GI bleeding include:

Stool tests. A stool test is the analysis of a sample of stool. Your doctor will give you a container for catching and storing the stool. You will receive instructions on where to send or take the kit for analysis. Stool tests can show occult bleeding.

Blood tests. A health care professional may take a blood sample from you and send the sample to a lab to test. The blood test can help determine the extent of your bleeding and whether you have anemia.

A gastric lavage is a procedure in which a doctor passes a tube through your nose or mouth into your stomach to remove your stomach contents to determine the possible location of your GI bleeding. A doctor may also use gastric lavage to help prepare for another diagnostic test or, most often, for acute, severe bleeding. The doctor performs this procedure in an outpatient center or a hospital. You most often receive a liquid anesthetic to numb your throat.

Endoscopy procedures involve a doctor examining a hollow passage in your body using a special instrument. An endoscopy procedure may help your doctor see if and where you have GI bleeding and the bleeding’s cause. Doctors most often use upper GI endoscopy and colonoscopy to test for acute GI bleeding in the upper and lower GI tracts.4,5

Upper GI endoscopy. In an upper GI endoscopy, your doctor feeds an endoscope down your esophagus and into your stomach and duodenum. A trained specialist performs the procedure at a hospital or an outpatient center. You most often receive a liquid anesthetic to numb your throat and a light sedative to help you stay relaxed and comfortable during the procedure.

Enteroscopy. During an enteroscopy, a doctor examines your small intestine with a special, longer endoscope.

Capsule endoscopy. In capsule endoscopy, you swallow a capsule containing a tiny camera that allows your doctor to see inside your GI tract. You don’t need anesthesia for this procedure. The test begins in a doctor’s office, where you swallow the capsule. As the capsule passes through your GI tract, the camera will record images that your doctor later downloads and reviews. The camera capsule leaves your body during a bowel movement.

Colonoscopy. Colonoscopy is a procedure in which a doctor uses a long, flexible, narrow tube with a light and tiny camera on one end, called a colonoscope or scope, to look inside your rectum and colon. A trained specialist performs a colonoscopy in a hospital or an outpatient center. You will receive sedatives, anesthesia, or pain medicine during the procedure. The doctor can see and treat any GI bleeding during a colonoscopy.

To help find the cause of your GI bleeding, your doctor may order one or more of the following imaging tests. You do not need anesthesia for these tests.

Abdominal CT scan. An abdominal computerized tomography (CT) scan uses a combination of x-rays and computer technology to create images of your GI tract. An x-ray technician performs the procedure in an outpatient center or a hospital. A radiologist reads and reports on the images.

Lower GI series. A lower GI series is a procedure in which a doctor uses x-rays and a chalky liquid called barium to view your large intestine. An x-ray technician and a radiologist perform a lower GI series at a hospital or an outpatient center.

Upper GI series. An upper GI series is a procedure in which a doctor uses x-rays, fluoroscopy, and a chalky liquid called barium to view your upper GI tract. An x-ray technician and a radiologist perform an upper GI series at a hospital or an outpatient center.

Angiogram. An angiogram is a special kind of x-ray in which a radiologist threads a catheter through your large arteries. The radiologist performs the procedure and interprets the images in a hospital or an outpatient center. You may receive a light sedative to help you stay relaxed and comfortable during the procedure.

Radionuclide scan. A radionuclide scan can help your doctor find the cause of your GI bleeding. A specially trained technician performs this scan in an outpatient center or a hospital. The technician injects a mixture of your blood and radioactive material into your body to highlight the area in your body that is bleeding. The dose of radioactive chemicals is small, so the chance of it causing damage to your cells is low. A special camera takes pictures that highlight the radioactive material.

Procedures to examine the GI tract

If none of the other tests help your doctor diagnose the source of your GI bleeding, a surgeon may perform one of the following operations to examine your GI tract:

Laparotomy. During a laparotomy, a surgeon will make a single cut in your abdomen and explore the abdomen. During the operation, the surgeon can treat the problems that cause the bleeding. You will receive general anesthesia.

Laparoscopy. During a laparoscopy, a surgeon uses a laparoscope to make several small cuts in your abdomen. The surgeon inserts special tools and a camera to try to locate and treat the source of the bleeding. You will receive general anesthesia.

How do doctors treat GI bleeding?

Treatment of gastrointestinal (GI) bleeding depends on the cause and location of your bleeding.

Treatment during a diagnostic procedure

During an angiogram, a radiologist can inject medicines or other materials into blood vessels to stop some types of bleeding.

Learn more about the procedures doctors use to diagnose GI bleeding.

When infections or ulcers cause bleeding in your GI tract, health care professionals prescribe medicines to treat the problem.

When a person has severe acute bleeding or bleeding that does not stop, a surgeon may need to perform a laparoscopy or a laparotomy to stop the bleeding.

How can I prevent GI bleeding?

Doctors can prevent GI bleeding by treating the conditions that cause the bleeding. You can prevent some of the causes of bleeding in your GI tract by

What should I eat if I have GI bleeding?

What should I avoid if I have GI bleeding?

If you have had bleeding from peptic ulcers or gastritis, you can help prevent GI bleeding by avoiding alcoholic drinks and smoking. Alcohol and smoking can increase stomach acids and lead to ulcers. Do not drink alcoholic beverages or smoke if you have GI bleeding.

What are clinical trials and are they right for you?

What clinical trials are open?

Clinical trials that are currently open and are recruiting can be viewed at www.ClinicalTrials.gov.