The Haase group investigates the ongoing conflict between mobile genetic parasites and their host genome by understanding how PIWI-interacting RNAs (piRNAs) are generated and specifically silence transposons. The intrinsic ability of transposons to amplify and reinsert into novel genomic locations resulted in their colonization of half of our genome. Their activity threatens genome integrity and must be restrained. PiRNAs and their PIWI protein partners, establish transposon silencing in germ cells, thus securing the survival of a species. While recent advances have deciphered the framework of piRNA-mediated transposon control, molecular events that ensure specificity and efficiency of the pathway remain largely unknown. Our current projects focus on three distinct aspect of piRNA biology through an integrative approach combining biochemistry, fly genetics, and genomics: 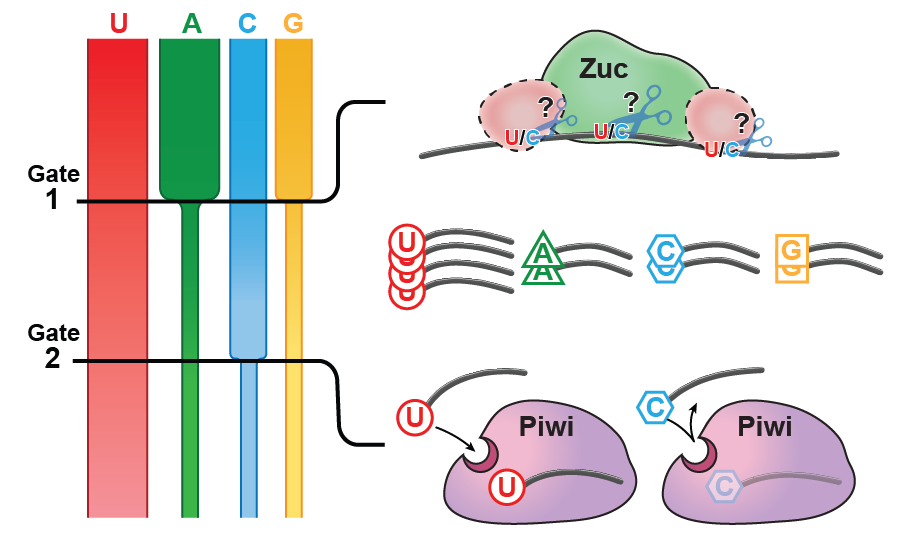 PiRNAs like to be with 'U': The 1U-bias is established by differential gating against all nucleotides but Uridine (U) (from: Stein*, Genzor*, Mitra*, Elchert* et al., Nat Commun. 2019) 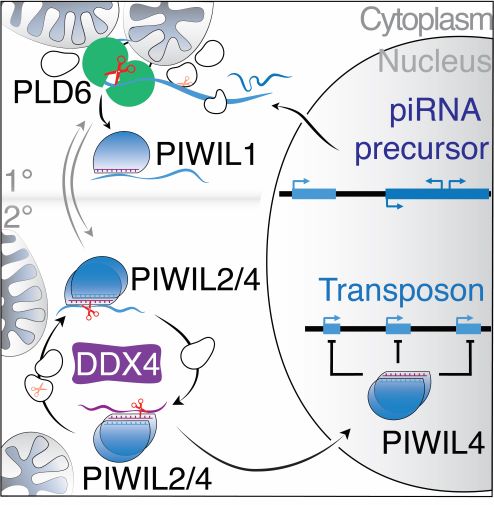 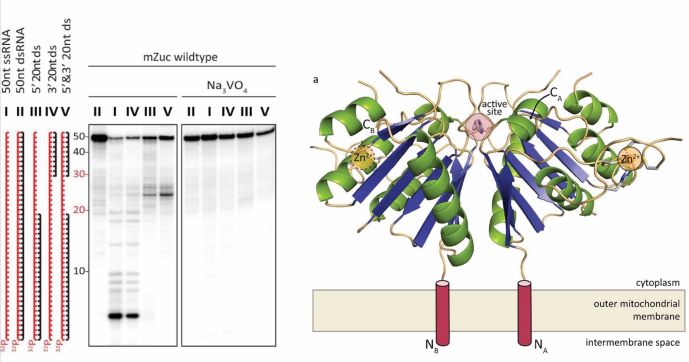 The structural biochemistry of Zucchini implicates it as a nuclease in piRNA biogenesis (adapted from: Ipsaro*, Haase* et al., Nature 2012).