One area of scientific focus is the Hexosamine Signaling Pathway—a key cellular sensor of nutrient excess that is deregulated in diabetes. We have proposed that the Hexosamine Signaling Pathway, terminating in the addition of O-GlcNAc to target proteins, is one of the key cellular responses to nutrient excess. Levels of the sugar nucleotide UDP-GlcNAc are highly responsive to concentrations of glucose, amino acid, and lipids. UDP-GlcNAc is utilized by O-GlcNAc transferase (OGT) to modify target proteins. The large number of O-GlcNAc-modified proteins includes transcription factors, nuclear pores, proteasomes, and signaling kinases. We recently discovered the structure of the TPR domain of OGT. The TPR domain forms a homodimeric complex that allows interaction with the numerous intracellular substrates of OGT. In addition, alternatively spliced isoforms of OGT are differentially targeted to the nucleus and mitochondria. We have recently shown that overexpression of OGT in muscle and fat leads to insulin resistance and hyperleptinemia.

O-GlcNAcase: The other enzyme of hexosamine signaling, O-GlcNAcase was recently shown to be a non-insulin-dependent diabetes mellitus (NIDDM)susceptibility gene, which is associated with obesity in the Mexican-American population. We have found that one isoform of this enzyme is associated with lipid droplets, while the other is nuclear and cytoplasmic. Interestingly, the polymorphism most closely associated with NIDDM maps to the region of the protein that diverges in these two isoforms. Current efforts are aimed at understanding the relationship between O-GlcNAc metabolism and lipid storage and mobilization. Much of this work centers on chemical biology approaches to inhibitor design and optimization. We also recently developed a novel imaging reagent to examine O-GlcNAc removal, a caged GlcNAc fluorogenic substrate.

Null Alleles of OGT (OGT-1) and the O-GlcNAcase (OGA-1): We have studied null alleles of OGT-1 and the OGA-1 in Caenorhabditis elegans that are viable and fertile to examine the function of hexosamine signaling in a genetically amenable organism. In nematodes, a highly conserved insulin-like signaling cascade regulates macronutrient storage, longevity, and dauer formation. We demonstrate that the OGT- and OGA-null mutants exhibit striking metabolic changes manifested in an elevation in trehalose levels and glycogen stores, with a concomitant decrease in triglycerides levels. The OGT knockout suppresses dauer larvae formation induced by a temperature sensitive allele of the insulin-like receptor gene daf-2. The OGA knockout enhances dauer formation suggesting the development of insulin resistance in the absence of O-GlcNAcase activity. Our findings demonstrate that OGT and O-GlcNAcase modulate insulin action in C. elegans and provide a unique genetic model for examining the role of O-GlcNAc in cellular signaling, insulin resistance, and obesity. We conduct this work in collaboration with Dr. Michael Krause.

Future plans in this area of research include: (1) conducting a genetic analysis of C. elegans insulin-like signaling to determine where insulin signaling is altered by the hexosamine signaling pathway; (2) using small molecule inhibitors of the enzymes of O-GlcNAc cycling to block insulin resistance; and (3) employing our recently developed novel imaging reagents to examine O-GlcNAc modification in living cells.

Investigating the Role of the Hexosamine Signaling Pathway in Tauopathy using a C. elegans Model

Researchers have proposed that the hexosamine signaling pathway terminating in O-GlcNAc plays a key role in neurodegeneration. In these disorders, the proteins accumulating as aggregates, such as tau and amyloid precursor protein, are heavily modified with O-GlcNAc and are also phosphorylated. To examine the role of O-GlcNAc in tauopathy, we have developed a C. elegans model of tauopathy in which the enzymes of hexosamine signaling have been systematically deleted. We based this strategy on previous work demonstrating the utility of C. elegans in modeling the one form of tauopathy, FTDP-17. We find that the loss of OGT-1, the O-GlcNAc transferase, protects the nematode from human tau-induced neuropathy. This protection is associated with a decrease in the hyperphosphorylation of tau associated with aggregate formation. Research in the section is exploiting this genetically amenable model of tauopathy to examine how removal of OGT-1 exerts its protective effect on tau-induced neuropathy. Studies are exploring small molecule inhibitors as potential therapeutic agents. We carry out this work in collaboration with Dr. Michael Krause.

Future plans in this area of research include: (1) determining whether the neuroprotective effects of the C. elegans OGT knockout can be mimicked using small molecule inhibitors of OGT; (2) examining other neurodegeneration models in the OGT-1 null allele of C. elegans; and (3) using novel imaging reagents to examine O-GlcNAc metabolism in neurons of C. elegans and cultured mammalian neurons.

Autosomal Sex Reversal: In a subset of human patients with autosomal sex reversal (Swyer’s syndrome, Campomelic dysplasia), nuclear transport of SRY and SOX9 is hindered. The mutations associated with these defects reside in a conserved calmodulin-binding motif near the amino terminus of SRY and SOX9. Thus, the SOX family of transcription factors appears to use Ca+2/calmodulin both as import receptor and molecular switch allowing for nuclear import and DNA binding. A similar autosomal sex reversal phenotype occurs when three insulin-related receptors are ablated in mice, suggesting that intracellular signaling cascades may impact the normal functions of SRY and SOX9. The import of nuclear proteins by calmodulin, although functionally redundant with the canonic Ran-dependent pathway, is subject to independent regulation by intracellular Ca+2 mobilization. Perhaps owing to this redundancy, abnormalities in either calmodulin-dependent import or Ran-dependent import emerge as defects in patients with autosomal sex-reversal. These sex-reversal syndromes represent the first direct examples of a defect in a nuclear import pathway leading to human disease. We are currently screening for small molecules to inhibit calmodulin-dependent import.

Through our research we seek to determine how the environment (stress, nutrition, and pathogens) influences the epigenome and human disease susceptibility.

Understanding how nutrients may influence development and disease susceptibility will help to inform public policy, lifestyle choices, and possible interventions for a population confronting nutritional excess. 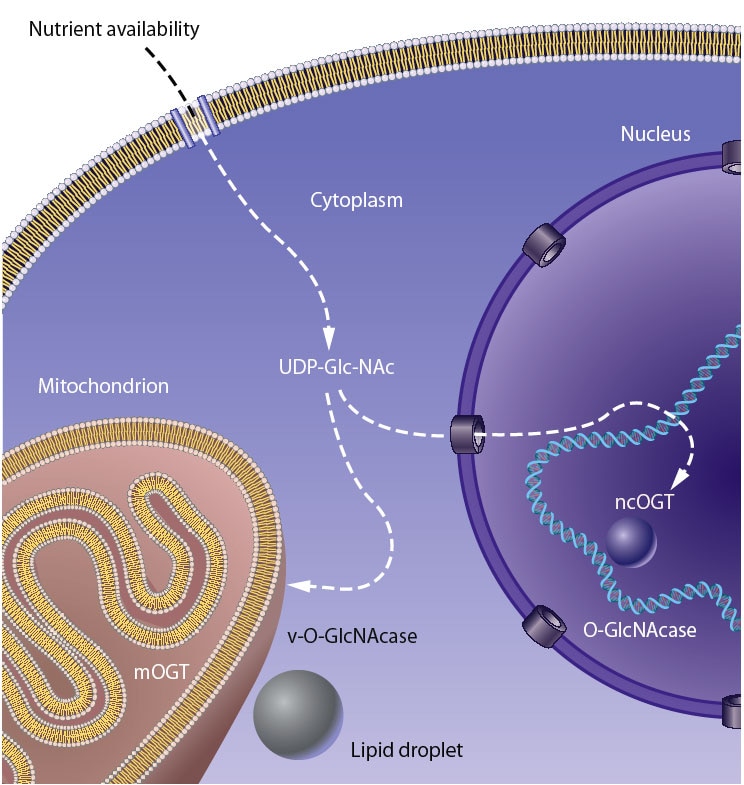 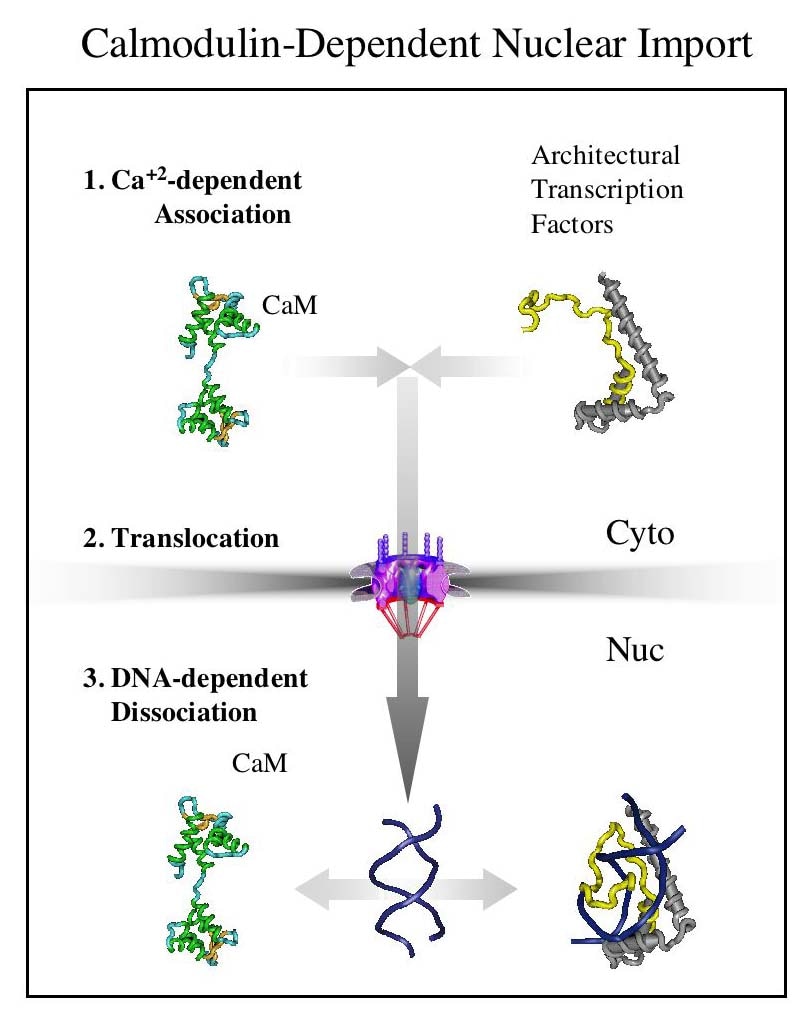 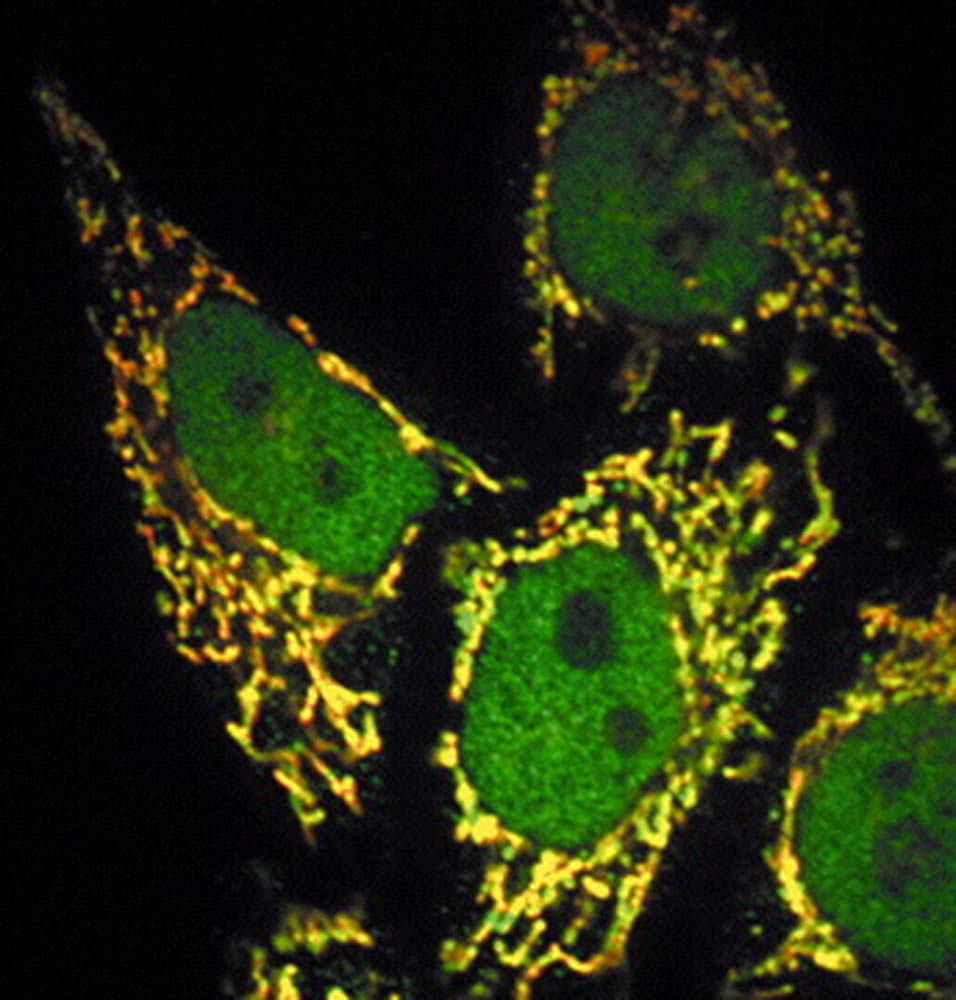 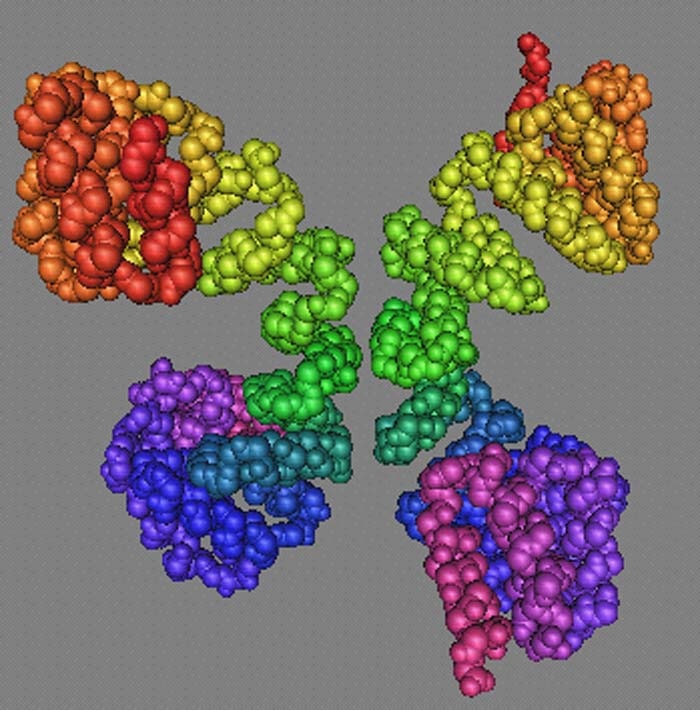 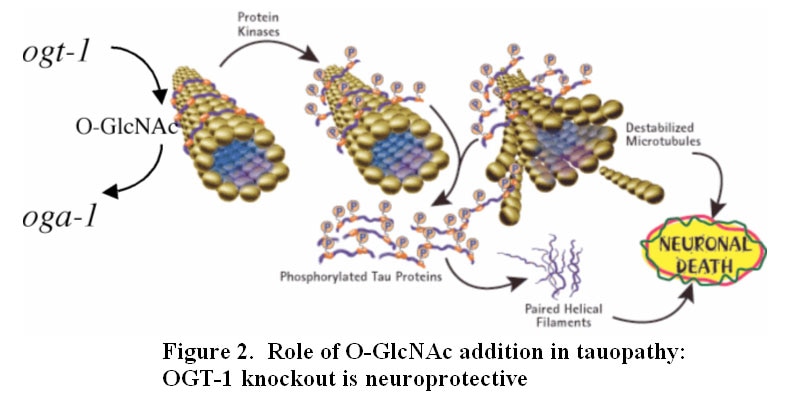 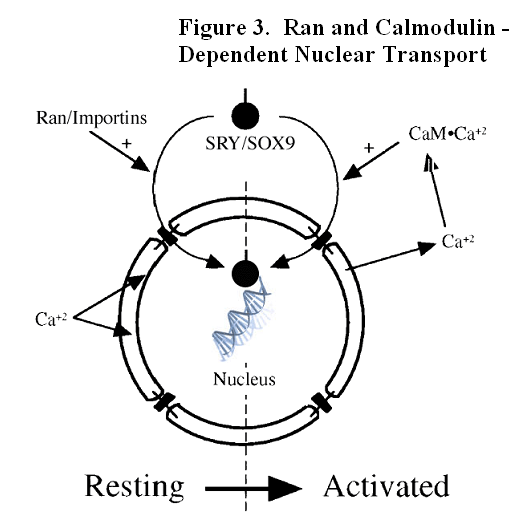