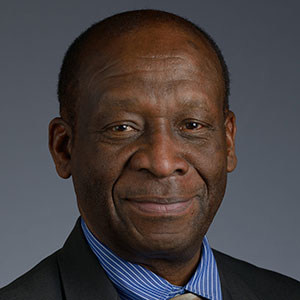 As director of the Office of Minority Health Research Coordination (OMHRC), I led the development of the Institute’s Strategic Plan on Minority Health Disparities and am responsible for monitoring its implementation. The OMHRC addresses diseases and disorders that disproportionately impact the health of minority populations and fosters the recruitment and training of minority biomedical investigators, who are currently in short supply. Some of the new initiatives under NIDDK’s Strategic Plan on Minority Health Disparities include the Diabetes Education in American Indian and Alaska Native Tribal Schools Program, the National High School Student Summer Research Program, the Network of Minority Research Investigators, and the Short-term Education Program in Underrepresented Persons.

I also serve as director of the Minority Health Program in the Division of Kidney, Urologic, and Hematologic Diseases. I was program scientist and coordinator of the African American Study of Kidney Disease and Hypertension Cohort, a clinical trial of more than 1,000 African Americans with kidney disease and high blood pressure. The study identified, for the first time, a specific treatment (ACE inhibitor) that slows kidney disease caused by high blood pressure.

I am co-project officer of the End-Stage Renal Disease database, part of the United States Renal Data System, which provides national statistics on kidney disease.

My duties also include oversight of the Minority Organ Tissue Donation Program. This program, which began as a collaboration between the NIDDK and the National Center on Minority Health and Health Disparities, aims to increase organ donation among members of racial and ethnic minority communities. With more organs and tissues from minority groups in the donor pool, the survival rates and quality of life of their members are expected to improve.