The main focus of the Genetics of Early Development Section is studying the C. elegans orthologs of genes, that when mutated, are known to cause disease in humans. This is a relatively new project for us. We believe that by performing genetic suppressor screens with C. elegans mutants, we can learn more about the mechanism of action of a given gene. This knowledge should help further our understanding of the function of this gene in humans. We also believe that some of our suppressors could end up being potential therapeutic targets for human disease. This work is discussed in greater detail in the Ongoing Projects description below.

The long-term goal of our research is to identify factors that act within a specific developmental process in C. elegans and to determine whether the genes involved are conserved in human cells. Genes identified in nematodes could be more easily studied to understand the conserved functions these genes play in human cells.

Our basic understanding of how simple organisms grow and develop will aid in our understanding of more complex organisms like humans. Since thousands of nematode and human genes are conserved, we can more easily study these conserved genes in a rapidly developing simple organism like. What we learn from this nematode may enlighten us as to the function of these genes in humans at the molecular and cellular levels.

Dr. Xioafei Bai has developed two projects in the lab, which aim to investigate the C. elegans orthologs of two human genes, in which missense mutations lead to different human diseases. We are modeling human diseases caused by dysfunction of a mechanosensitive ion channel family, PIEZO. Missense mutations in either of the two human PIEZO genes causes a variety of diseases, such as stomatocytosis in blood cells and dysplasia in neurological, connective and muscle tissues. Our finding suggests that the sole PIEZO ortholog in C. elegans, pezo-1, may regulate Ca2+ and sex hormone signaling to ensure the fidelity of ovulation and fertilization.

Dr. Bai’s other project further demonstrated that C. elegans could be a good system to model human diseases. In this study, we found that dysfunctions of SEIPIN, an essential protein for lipid droplet (LD) formation and lipid storage, resulted in embryonic lethality and severe defects in the formation of one layer of the eggshell known as the permeability barrier. This layer is an extracellular lipid-rich layer that makes up part of the eggshell surrounding C. elegans embryos. We collaborated with two other labs to functionally characterize seip-1 mutants in C. elegans and yeast with live imaging, transcriptional assays, and lipidomic analyses. We found that depletion of SEIP-1 disrupted fatty acid biosynthesis and particularly reduced the level of polyunsaturated fatty acids (PUFAs). Intriguingly, dietary supplementation of PUFAs significantly rescued the embryonic lethality and defective permeability barrier in the seip-1 mutants.

Dr. Peter Kropp is modeling a rare mitochondrial disorder. Multiple Mitochondrial Dysfunctions Syndrome 1 (MMDS1), as its name implies, is a disease with complex pathobiology. Caused by impaired iron-sulfur cluster biogenesis and delivery, MMDS1 results in a combination of metabolic defects that affect many tissues, especially neurons. Through the generation of five patient-specific mutant alleles, we are working to discern how each allele affects aspects of MMDS1 pathogenesis such as oxidative stress and aerobic vs. anaerobic metabolism. Further, we are investigating tissue-specific effects of these alleles and how tissue-specific dysfunction can and does impact other tissues. 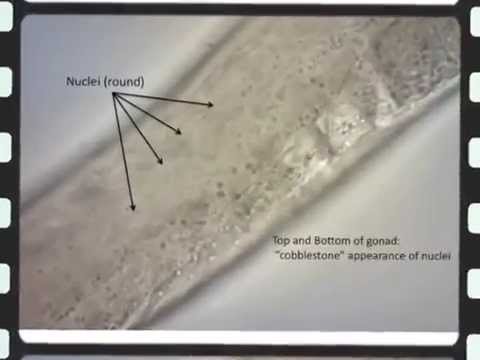 GFP::PEZO-1 is strongly expressed on the embryonic plasma membrane