A man would do nothing if he waited until he could do it so well that no one could find fault with what he had done.

You are visiting the Carbohydrate Section, which is part of the Laboratory of Bioorganic Chemistry, Kenneth Jacobson, Ph.D., Chief, at NIDDK, which is one of the Institutes of the National Institutes of Health, located in the suburbs of Washington, D.C. in Bethesda, MD. We are a small, but a strong group, whose members have made many outstanding contributions to carbohydrate chemistry and immunology over some 90 years. Early papers on carbohydrate chemistry with the Section’s first Chief appeared long before C.S. Hudson became the Section’s Chief. Those who formed the Section in the first half of the 20th century contributed to the good name and fame of the NIH long before the genetic code was cracked here. When judged by the span of time of continuous research activity in the carbohydrate field, the Section is probably the oldest group in the whole world! We feel it a privilege to be part of a group with such a rich tradition in the subject we love. The carbohydrate group was originally established in the early years of the 20th century by the unforgettable Claude S. Hudson (you can learn more about him and Hewitt Fletcher, two remarkable carbohydrate chemists who directed this group in the past, by reading their obituaries in Advances in Carbohydrate Chemistry and Biochemistry. Acknowledgements go out to the Lowary group at the University of Alberta for hosting this comprehensive collection of the Series Advances in Carbohydrate Chemistry and Biochemistry.)

Short History of Basic Carbohydrate Research at the NIH

In 1929, Claude S. Hudson, who had studied with Nernst and van't Hoff, became Head of the Division of Chemistry in the then Hygienic Laboratory, later to evolve into the National Institutes of Health (NIH). Basic biochemistry oriented chemistry of carbohydrates was Hudson's major interest. His work on the relationship between optical rotation and glycoside configuration is well known. In addition, Hudson and his coworkers contributed enormously to the chemistry of saccharides and carbohydrate-specific enzymes. The list of members of his laboratory reads like a who-is-who in early carbohydrate chemistry, and includes Montgomery, Pacsu, Purves, Hann, Richtmyer, Fletcher and many more. In 1951, when Hudson retired, H. G. Fletcher became Chief of the group, now called the Section on Carbohydrates. He continued the outstanding studies on reaction mechanisms, the syntheses of important compounds, such as nucleosides, as well as the fundamental chemistry of ribose and deoxy-ribose. Fletcher and R. K. Ness, his right hand man, as well as Nelson K. Richtmyer, trained a large number of young scientists under the auspices of the Training Program at the NIH.

When Fletcher died in 1973 at the young age of 56, one of his associates, Cornelis (Neil) P. J. Glaudemans, became Chief of the Section. Neil was trained as a carbohydrate chemist by Tore E. Timell during his doctoral studies in Canada, and later had spent post-doctoral time with America's foremost immunochemist Michael Heidelberger. When Neil joined Fletcher’s Section he began work on the interactions of bacterial carbohydrate antigens with immunoglobulins on the molecular level. When He became the Chief, Section's interest in this area became firmly established and led to characterization of monoclonal anti-carbohydrate antibodies, which led to the development of work on vaccines.

After Neil retired in 1998, his associate since the early '80s, Pavol (Paul) Kovac, trained at Purdue University in R. L. Whistler’s lab, took over the group. While the group was downsized to a total of four members, its interests became more oriented towards practical utilization of synthetic carbohydrates as antigenic components of glycoconjugate vaccines and other tools in the life sciences. More recently, the extensive expertise in conjugation of carbohydrates to proteins by squaric acid chemistry led to the discovery that some bacterial carbohydrates can be conjugated to protein by this method also. The Section is currently engaged mainly in development of conjugate vaccines for bacterial diseases from synthetic and bacterial carbohydrate antigens. This involves work on new protocols in syntheses and functionalization of carbohydrates, studies of fundamentals affecting conjugation, and synthesis of constructs that can be used as experimental vaccines. Our main targets are vaccines for enteric infectious diseases and anthrax. One large batch of vaccine for cholera, prepared by a private industry contractor using U.S. Government funds, will be used for pre-clinical studies. The technology developed by us has been applied also to prepare experimental vaccines for diseases other than cholera, which opened avenue to apply the same technology for making multivalent vaccines for infectious diseases. The Section has earned respect among scientists in the carbohydrate field as well as many excellent reviews from the Board of Scientific Councilors over a number of years. The work of the group is augmented by many collaborations within and outside the NIH, in the United States of America and around the world. 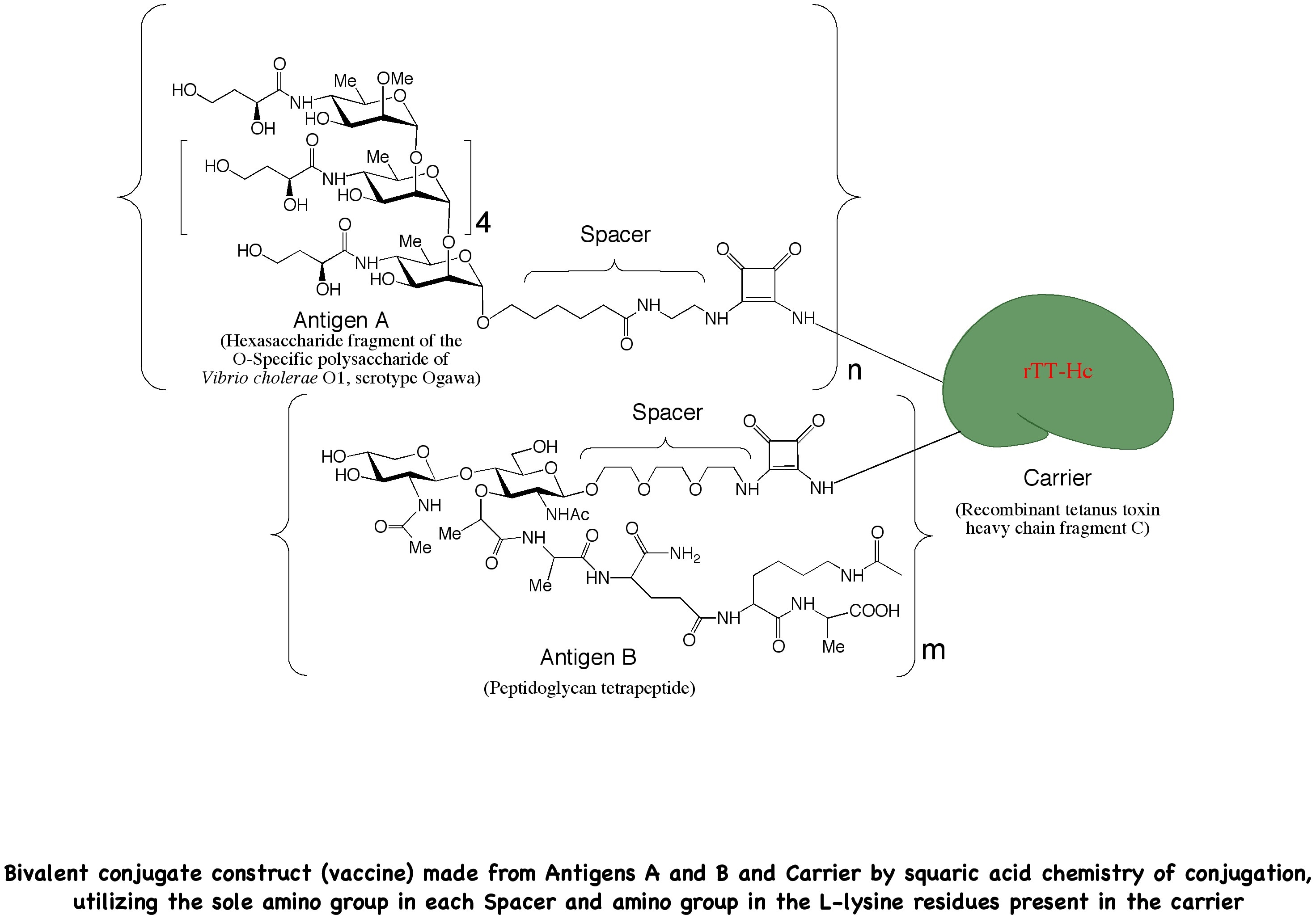 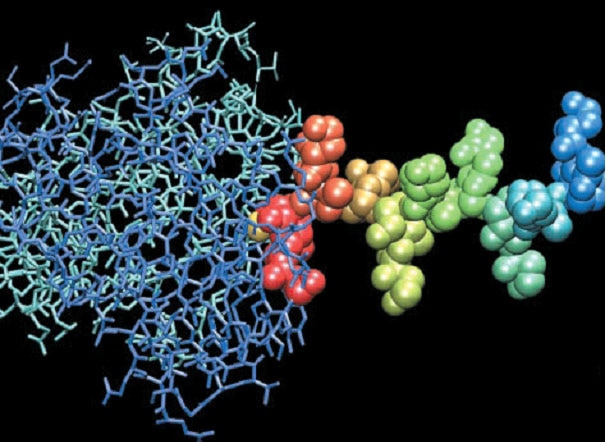 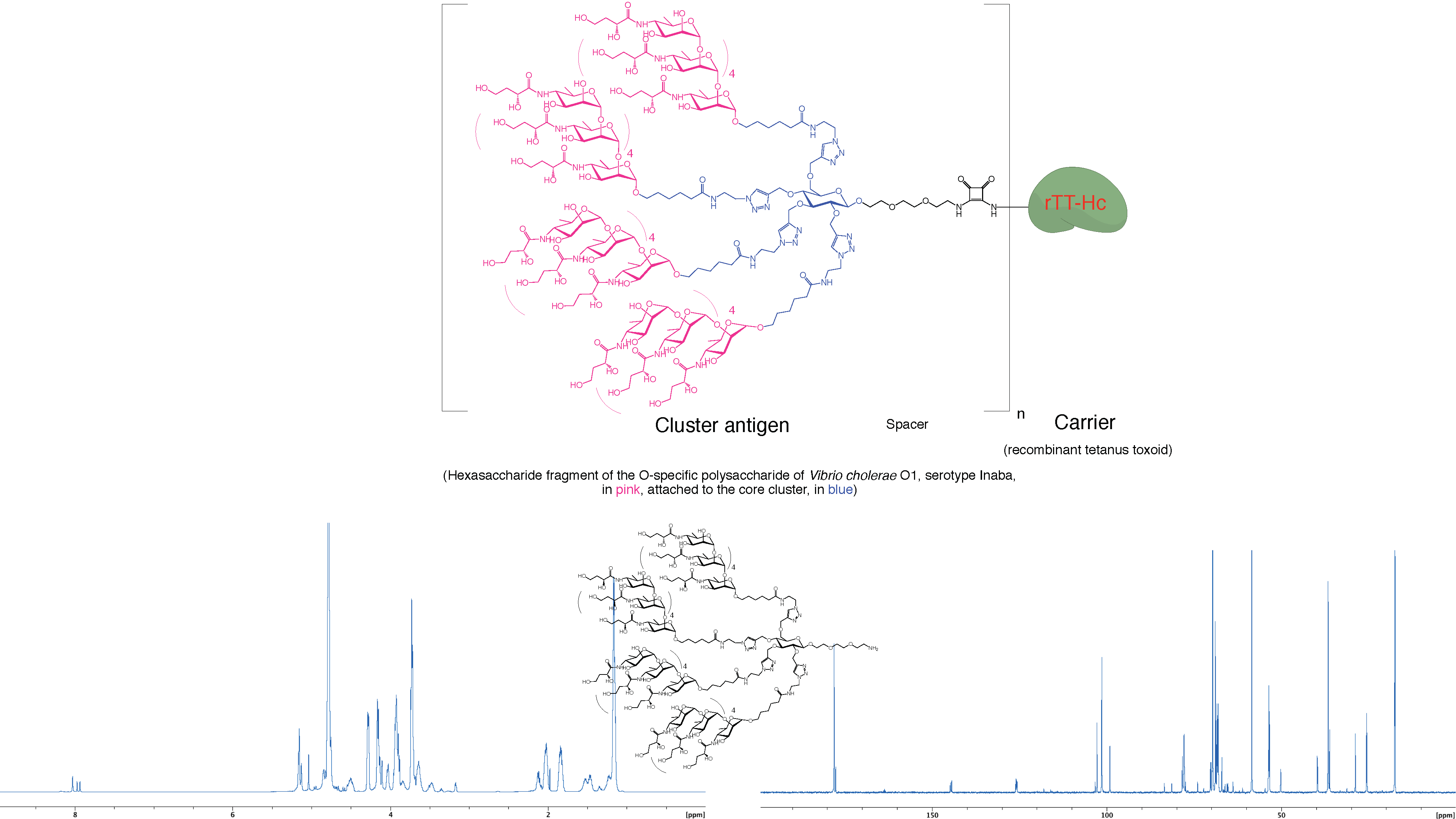 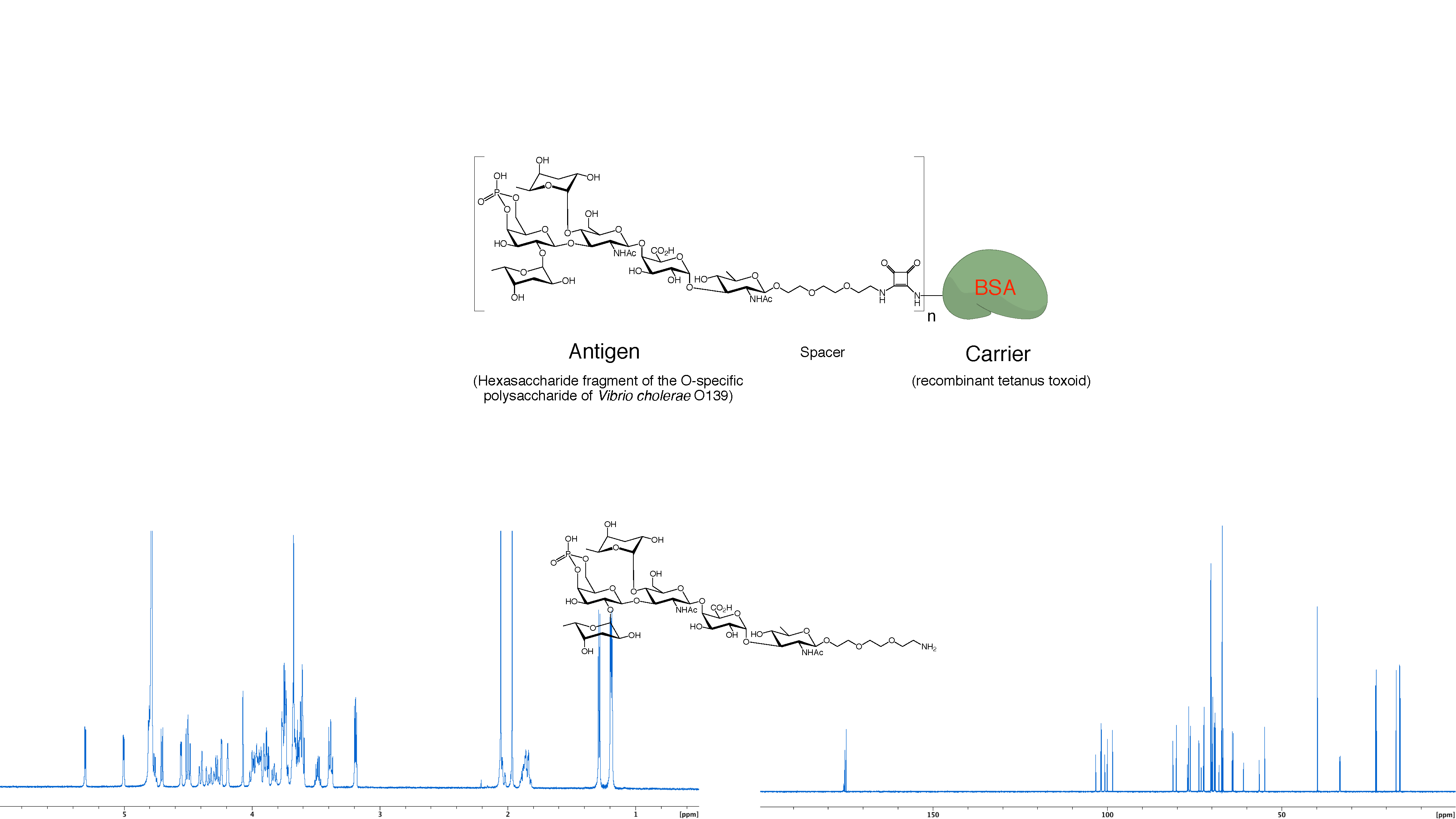